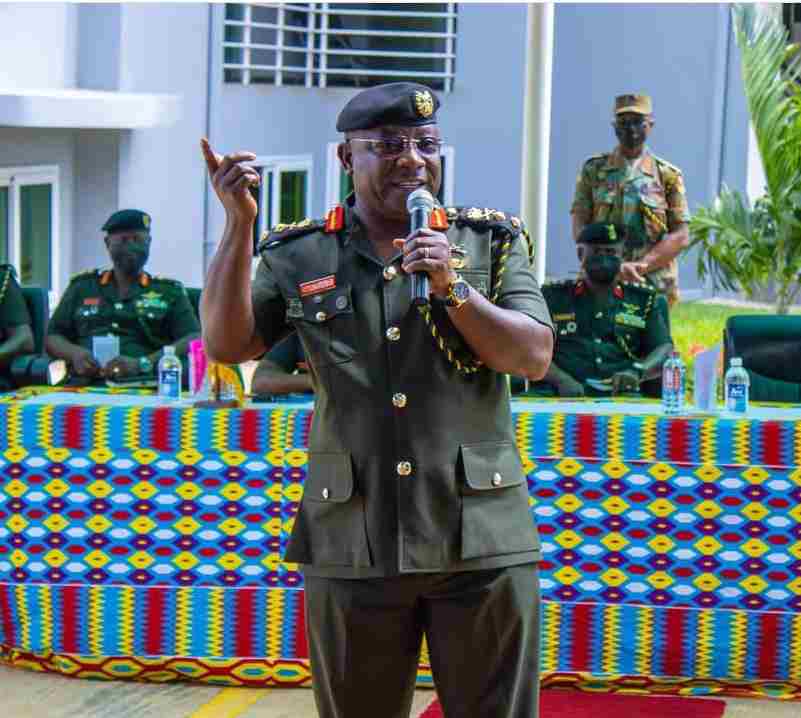 Chief of the Army Staff (COAS) of the Ghana Armed Forces – Major General (Maj Gen) Thomas Oppong-Peprah, has commended personnel of the Ghana Army for the unity, professionalism and hard work exhibited, since his assumption of office.

General Oppong-Peprah was speaking at his durbar at the Army Headquarters, Burma Camp, Accra, on Friday, 15 July, 2022, where he stated that the Headquarters personnel have embraced his vision, thereby helping the Army to build capacity through various training programs, both in Ghana and abroad.

Special mention was made of 10, Wa in the Upper West Region and 11 Mechanized Battalions, Bolgatanga in the Upper East Region, Army Special Operations Brigade and 155 Armoured Regiment, Damango, in the Savannah Region, for their professional conduct in protecting the Northern Frontiers, from terrorist activities.

The COAS reiterated his commitment to enhancing the welfare of troops always, to which end, he disclosed advanced plans to build a hospital at Burma Camp, dedicated for providing prompt medical services for military personnel, civilian staff and their families.

Maj Gen Oppong-Peprah recounted some of the major infrastructures that the Army has provided since his assumption of office, to the admiration of the assembled.