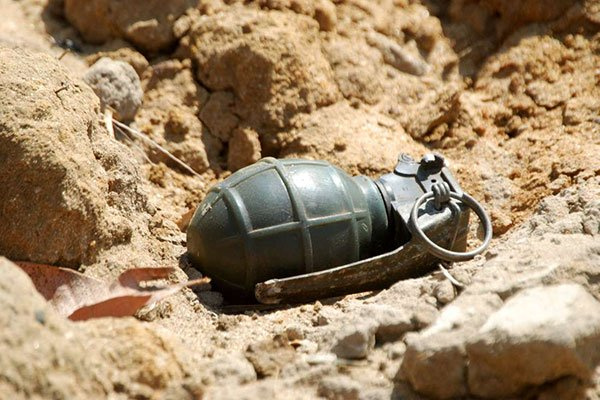 Independent investigation by this reporter has established that last week’s explosion at South Labadi Estates, is not an isolated case, but one of the many unattended to, unexploded ordnances, remnants of wars or illegally acquired, but are no longer needed and, as such, have been dumped to avoid traces, with which we are inadvertently co-habiting.

Consequently, there is a suggestion for the explosives experts at the Base Ammunition Depot (BAD) and mine sweeping specialized unit, the 48 Engineer Regiment of the Ghana Armed Forces (GAF), to be resourced well enough, to undertake nationwide all Garrison exercise, at ridding the ground of these munitions.

The investigation which took this reporter to as far back as pre-colonial period, named the eastern stretch of the capital, Accra, through the port/industrial city of Tema general area, to the present military training camps at Bundase, Asutsuare in the Ningo-Prampram and Shai-Osudoku districts of the Greater Accra Region, as the hub for these unswept ordnances.

It is a truism that the Europeans, in the process to colonize the land, fought, not only the locals who resisted them, but also amongst themselves.

During these skirmishes, all sorts of munitions were deployed at different locations, some unmarked.

It is also an undenied fact that, during the World Wars, as Accra was a complete Garrison, Takoradi, for instance was used as a base to assemble military aircrafts, which undertook offensive onslaughts against enemy targets in the subregion, such as the German Togoland Wireless Station at Kamina.

The station provided communication between Berlin and her allies, hence the raid by fighter-planes that took off from unnamed, not too far proximity.

The present Tema Community 25 (Rattle Snakes), has been till late seventies, a training area for the First Battalion of Infantry (1BN), Michel Camp, Tema.

It would be recalled that in the early eighties, workmen at then Ghana Ports Authority (GPA), involved in excavation at the Western Gate of the Tema Harbour, landed on some strangely-packed objects.

Joint investigation by police and the military concluded that they were forgotten ordnances and the right foreign mission was appropriately informed.

The mission in question, brought a map which traced the material found, as a documented bunker, hence the degraded munitions were disposed of without casualty.

However, what is not clear is, how many of these forgotten bunkers still exist, and contents begin to roll out with the passage of time, as erosion catches up.

In early 2000, two children of a pastor, who followed their father to the Halcrow Beach in Tema, taking a walk along the sand, picked up an object in the form of a tennis ball, and as they played with it, the object exploded killing them instantly.

The source of that stuff was not found, although speculation was rife then that, it could have come from a vessel, theory experts discounted.

Around same time, a bricklayer constructing a fence wall at Tema Community 5, found a long metal when digging, hence he placed the unknown metal among rubbish and set fire to it. Fortunately, the Highly Explosive (HE) 100 only fused out but the thundering noise and accompanied devastation on nearby buildings was frightening, for it was suspected to have been fired by an aircraft but did not explode.

Few days later, this reporter was part of a team of bomb experts from BAD, who responded to a call to Baatsona, Tema West, where two of similar ordnances were found in a home, and the narration of the occupants was that the two long metals rolled out of a tipper truck, which supplied a nearby construction site with filling material.

An elderly woman was cracking palm kernels on one, whilst the other served as device for a carpenter to straighten his nails. The filling material was reportedly obtained from a gravel pit near Appolonia.

The incidents at Ashaiman-FitterLine and Afienya in late 2000, in which a welder and scrap dealer respectively lost their lives are still fresh.

In both cases, the victims were in the process of extracting aluminium linings from the huge heavy objects and similar incidents are feared to have occured at the steel mills, since sources of the scraps supplied are unknown.

Another danger in waiting is the proposed site for the new international airport on the Tema-Aflao highway, where there has already been a scramble for land in the Bundase and Asutsuare Military Training Camps, which are all within the proposed airport area.

As the soldiers are being pushed away for real estate development, it is likely we are going to witness periodic explosions of unexploded ordnances, after these developments take place.

This is the reason why some military experts, both retired and serving, want the BAD and 48 Engineer Regiment, to be resourced enough to undertake the exercise, to de-mine all the garrisons and areas suspected to be holding illegal munitions, to prevent future calamities.

They alluded to the fact that there was in the immediate past history of this country, when people were suspected to have in their possessions, undocumented arms and ammunition and for the fear of being apprehended, had gone to dispose of the illegal stock by concealment, in the ground or simply throwing them to unsuspecting areas.