As part of the activities marking the celebration of the country’s 93rd Armed Forces Day, the Embassy of the People’s Republic of China (PRC) in Accra, has presented anti-COVID-19 items to journalists of the Defence Press Corps, to help enhance protection against contracting the deadly Coronavirus, in the course of their duties.

Presenting the items on Thursday, July 23, 2020, which included 6000 face masks, 4 boxes of rubbing alcohol and 3 boxes of sanitizers, the maiden Military Attache (MA) to the Chinese Embassy in Ghana – Colonel (Col) Zhao Hongquan, said the embassy seeks a decent cooperation with all stakeholders, to help rid humanity of the deadly virus.

Col Zhao reemphasized how the embassy values the relationship between the state of Ghana and the PRC, and expressed how the embassy wished to have had an elaborate celebration of his country’s Armed Forces Day this year, but for the restrictions occasioned by the global health attack.

The MA also informed the media that, like the Ghana Armed Forces, Chinese soldiers have been fighting the global health menace bravely at the frontlines, since its outbreak and would continue without hesitation with all-out efforts, to save lives and to seek to guard global health security and defeat the ravaging virus through solidarity.

Col Zhao concluded that COVID-19, as a global problem, has no respect for physical boundaries or social status, to which any country can stay immune, and thus, faced with this unprecedented challenge, all humanity must join forces to contain, counter and prevent its spread, through enhanced international cooperation.

Receiving the presents from the embassy, the media team expressed appreciation for the gesture and pledged unbiased reportage and coverage of all issues that promote the interest of Ghana, the well-being of humanity and the cordial relationship between the two countries.

The People’s Liberation Army Day (the PRC’s Armed Forces Day) is celebrated in the People’s Republic of China on 1st August, in commemoration of the founding of the nation’s Army, during the Nanchang Uprising of 1927.

On 30 June 1933, the Central Committee for Military Revolutionary Cases of the Communist Party of China (CPC), voted to declare 1st August an annual holiday, which was solidified on 11 July of that same year, as it was sanctioned by the government of the Chinese Soviet Republic, subsequently, the date has been kept as the Day of China’s Army.

Ghana and China established diplomatic relations on 5th July 1960 after which the latter has provided benefits to the former, with a few being; Military and Police Barracks, the Office Block of Ministry for Defence, the Ministry of Foreign Affairs and Regional Integration complex, Bui Hydro-electric Dam and a business arrangement which accounts for about 14% of Ghana’s electricity generation. 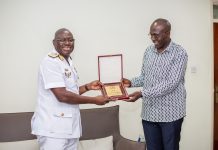 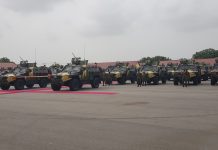 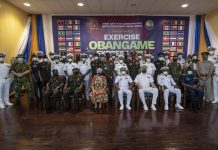