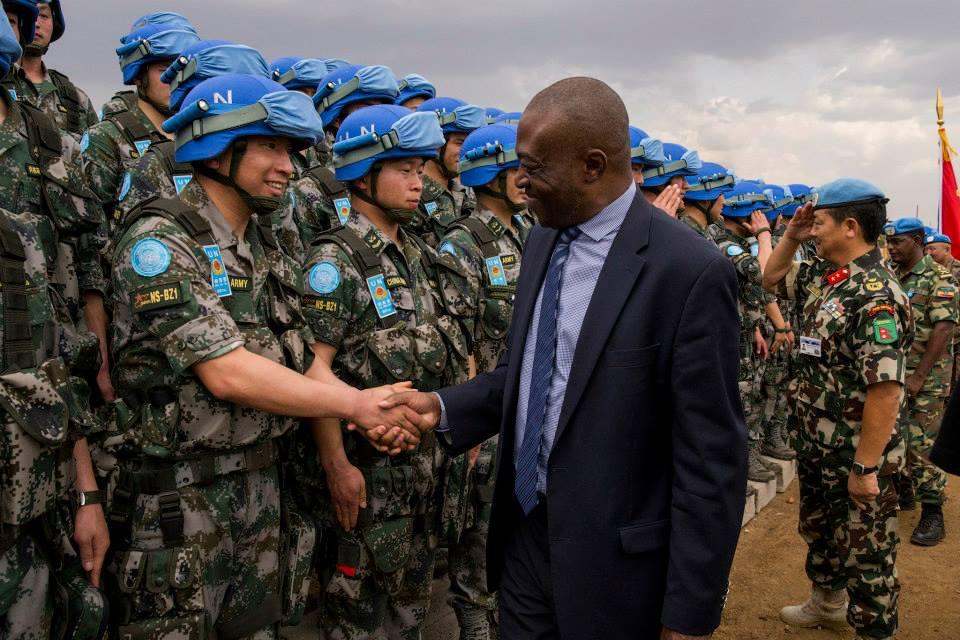 The 30 years anniversary also coincides with two other major milestones – the 75th anniversary of victory in the Chinese People’s War of Resistance against Japanese aggression and the 75th anniversary of the founding of the United Nations, of which PRC is the second largest contributor to both peacekeeping assessment and UN membership fees, and the largest troop contributing country (TCC) among the permanent members of the UN Security Council.

China, who recovered its seat in the UN in 1971 (through strong support by Ghana’s first President – Osagyefo Dr Kwame Nkrumah), have sent over 40,000 peacekeepers to 25 UN peacekeeping missions, and intends to always be a force of justice for world peace and development, the whitepaper indicated.

The document states how China upholds the basic principles of UN peacekeeping, such as consent of the host nation, impartiality, non-use of force except in self-defence and defence of the mandate and respect for territorial integrity and political independence of sovereign states.

Since 1990, Chinese military peacekeepers have participated in over 20 countries and regions including Cambodia, the Democratic Republic of the Congo (DRC), Liberia, Sudan, Lebanon, Cyprus, South Sudan, Mali and the Central African Republic.

In the past 30 years, China’s armed forces have contributed 111 engineer units totaling 25,768 troops to eight UN peacekeeping missions in Cambodia, the DRC, Liberia, Sudan, Lebanon, Sudan’s Darfur, South Sudan, and Mali and have built and rehabilitated more than 17,000 kilometres of roads and 300 bridges, disposed of 14,000 landmines and unexploded ordnance.

The Chinese military engineers and peacekeepers, working on missions and at UNHQ on patrols, observation, ceasefire supervision, liaison, negotiation, command and control, and operations planning, have drilled 14 wells in the most difficult circumstances, and effectively alleviated the problem of water scarcity for the locals.

Whilst sixteen (16) Chinese military peacekeepers have sacrificed their lives for the noble cause of peace, more than 1,000 female 15 peacekeepers have worked in medical support, liaison, coordination, demining, explosive ordnance disposal, patrol, observation, gender equality promotion, protecting women and children, and other fields, the document stated.

The Chinese Government said, in order to help African countries to improve their ability to maintain peace and stability, the PLA has honored China’s commitment of gratis military aid to the value of USD100 million, to support the African Standby Force and the African Capacity for Immediate Response to Crisis.

Concerning Army collaboration, the PLA have carried out military-to-military relations, strengthened communication on policies and activated peacekeeping cooperation with the armies of countries like Cambodia, France, Germany, Indonesia, Pakistan, Russia, Vietnam, the United Kingdom and the United States of America.