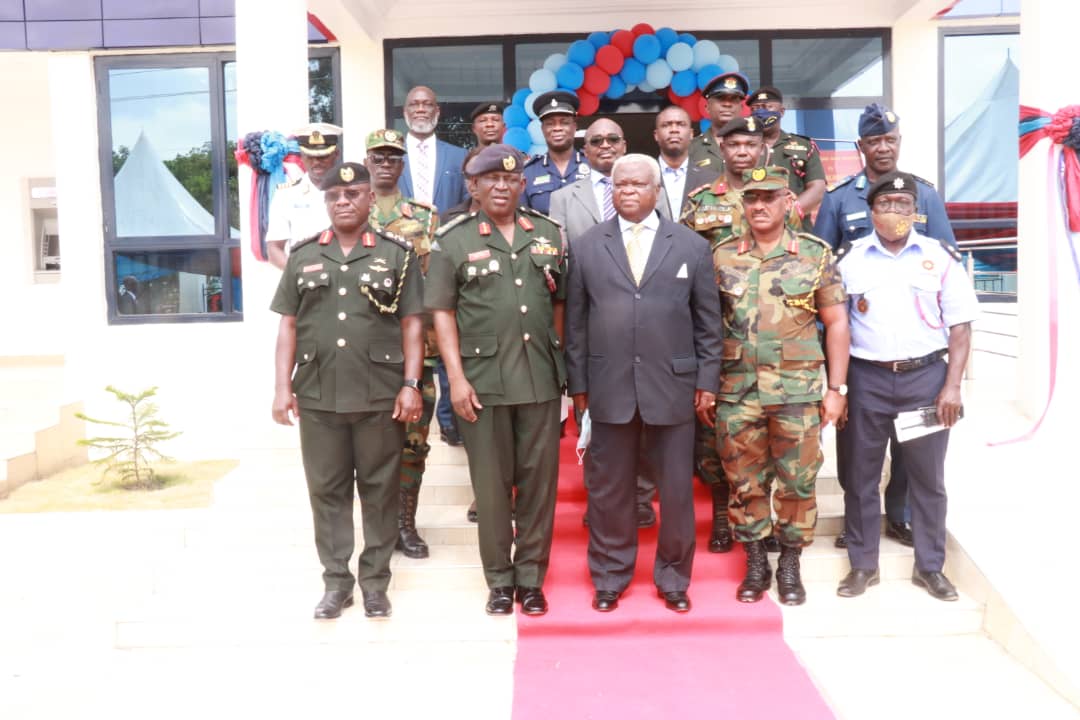 The Chief of the Defence Staff (CDS) – Lieutenant General (Lt Gen) Obed Boamah Akwa, has commissioned the Ho Branch of the Services Integrity Savings and Loans Limited (SISL), to further help the economic and financial transactions of Ghana Armed Forces (GAF) personnel and their dependents, at the barracks and the Volta Region, generally.

In his address at the commissioning, on Wednesday 25th November, 2020, Lt Gen Obed Boama Akwa, who was the Guest of Honour at the ceremony, stated that the Ho branch had become the first branch to be commissioned outside the main branch at Burma Camp since its establishment of SISL in 2016.

Lt Gen Akwa said although a novelty in the country, military-dedicated financial services are successful the world over, and the opening of the institution’s branch, was a testimony to the growth of the company.

The CDS urged the firm to live by its name – for Integrity, he said, should position the institution on a high pedestal to adhere to the highest level of discipline in service, as those values give the assurance of safety and security of customers’ deposits and profits, as he further challenged the bank to avail tailor-made policies and services to serve clients, better than their competitors.

General Akwa expressed the hope that SISL would become a leading financial institution, whose services would hugely contribute to the growth of Ghana, in the near future.

The Chairman of the Board of Directors (BOD) of SISL – the renowned Major Amakai-Amartefio (Rtd), said the bank had survived the sector clean-up, and had successfully launched and implemented several services, to meet the needs of its clients.

Recounting some of the bank’s packages, the BOD Chairman said the ‘Mission Deployment Advance’ remained its most unique package, which is designed exclusively for those who risk their lives abroad, on peace missions, and enables such prepare adequately for deployment and to cater for their personal needs and that of their families.

The BOD Chairman, calling on all military personnel and their dependents to open accounts with the bank, additionally stated that the bank was also opened to the general public, with all its facilities and not restricted only to military personnel and their dependents, emphasizing that ATMs have been installed in many military posts, whiles the SISL works with other banks, to provide a wide array of options for its ATM cards.