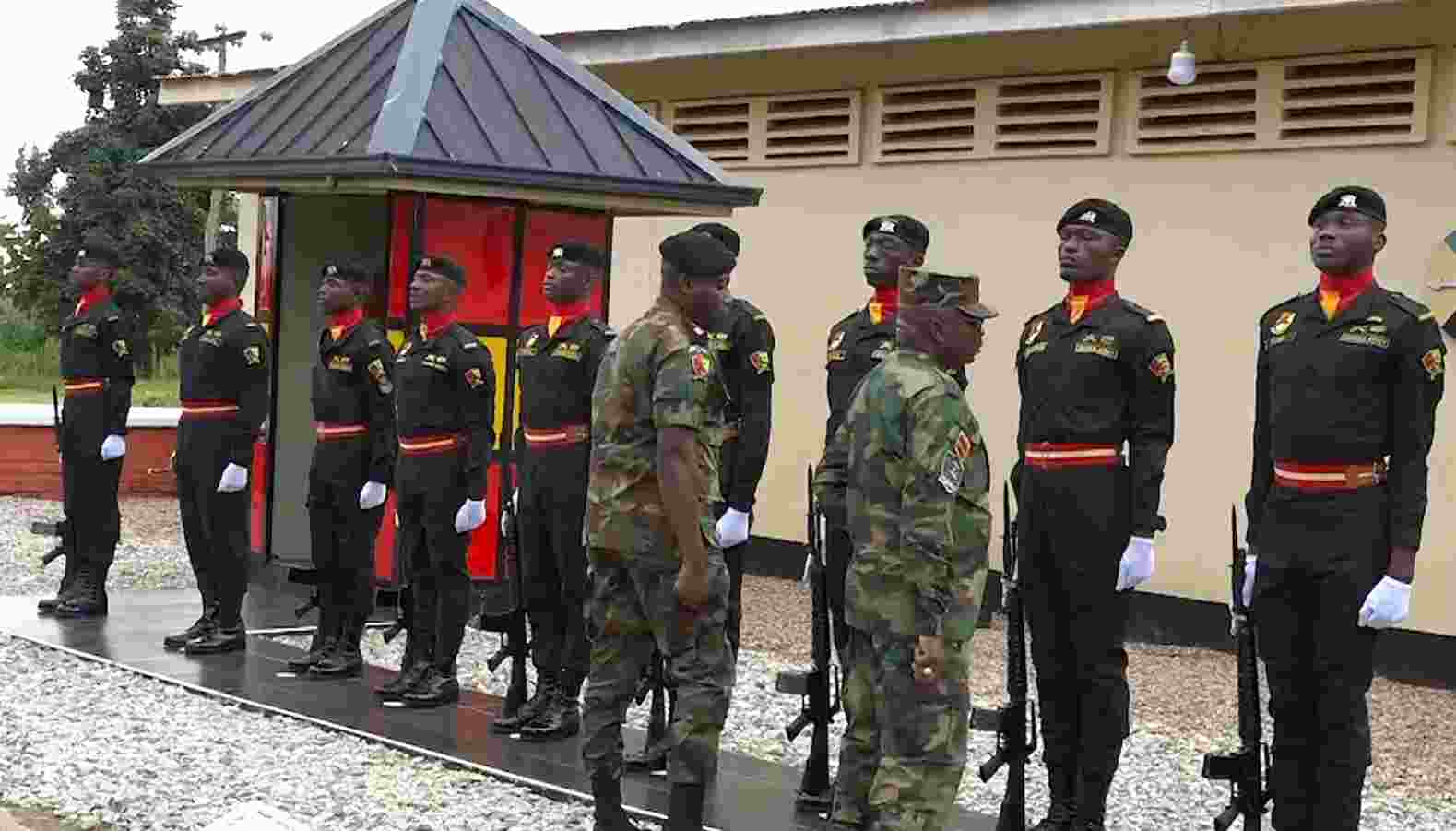 The Chief of the Defence Staff (CDS) of the Ghana Armed Forces (GAF) – Vice Admiral (V/Adm) Seth Amoama has called all personnel of the Armed Forces, to be EXTRA VIGILANT and CONSCIOUS of the security situation in their respective catchment areas.

“The nature of the contemporary threat that confronts our country, requires a concerted and wholistic focus by all, to ensure that we prevail and surmount this challenge,” the CDS charged, when he toured 3 Garrison and commissioned a new 220-bed Male and Female Young Soldiers accommodation for 154 Armoured Regiment (154 Ard Regt), Sunyani, Bono Region, on Tuesday 28 June, 2022.

“Let us, therefore, be extra vigilant and observe security in and around our barracks and also at various key and vulnerable points at all times. Let us be alive to the call by the National Security Ministry; “If you see something, say something” – that is the sure way to remain alert and vigilant.

On the provision of the facility to the Soldiers, Admiral Amoama said the construction signifies the collective resolve of the Military High Command (MHC), to support the Government of Ghana’s efforts at providing solutions to the infrastructural challenges that confront the Ghana Armed Forces.

“I want to applaud the continuous industry and selfless commitment of the Chief of the Army Staff – Major General Thomas Oppong-Peprah, which have yielded several projects in all Garrisons across the country, and have also resulted in the 154 Young Soldiers Accommodation project” the CDS graciously posited.

Ghana’s Defence Chief asserted that, under the Military Housing Project Phases I & II, about 1200 housing units are being constructed by the Government in all Garrisons across the country, of which 3 Garrison is a beneficiary.

The Army Commander, who was in the company of the CDS, together with the Chief of the Air Staff (CAS) – Air Vice Marshal (AVM) Frank Hanson, said the 220-bed facility complex adds to the 5-room Young Soldiers’ Accommodation block, which the Army Headquarters and the Office of the Chief of the Defence Staff, supported the Regiment to construct earlier.

He said the Quick Impact Projects – an initiative by the CDS to provide immediate relief across all Garrisons – will help to accommodate more Soldiers, and that efforts have been mobilized from all quarters, both Public and Private, to ensure that interventions providing accommodation reliefs are materialized.

The MHC entourage visited Magajias and female employees of GAF, who were being trained in an 8-weeks program, to acquire skills for extra income to their families, under a Directive from the GAF General Headquarters to all Garrisons, and also visited ongoing construction works of the Military Housing Project.