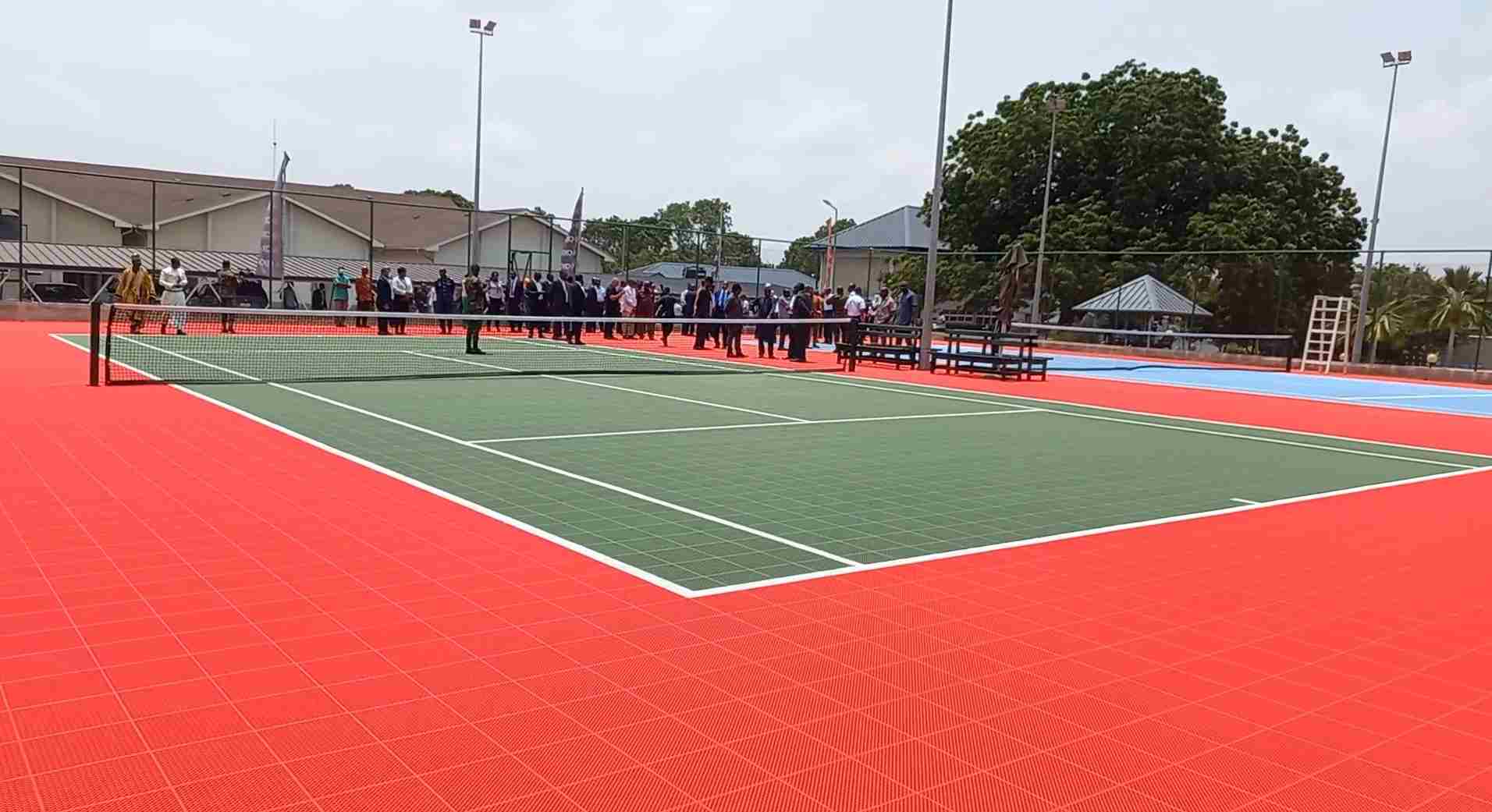 The Consolidated Bank Ghana (CBG) has turned the Air Force Officers’ Mess Tennis Court into a state-of-the-art court at the cost of GHS1,100,000, as part of its focus on good health for its staff and personnel of the Ghana Armed Forces (GAF) who would patronize the Mess, as the world emerges out of the COVID-19 pandemic.

The newly renovated courts were commissioned on Thursday 11 August, 2022, at a ceremony at the Mess with the presence of the Chief of the Air Staff (CAS) – Air Vice Marshal (AVM) Frank Kofi Hanson, AVM Issifu Sakib Kadri (Rtd), a former Commandant, Ghana Armed Forces Command and Staff College (GAFCSC) as the Guest of Honour, and the Commander, Air Force Base, Accra – Air Commodore (A/Cdre) Joshua Mensah-Larkai, and a heavy presence of the executives of the CBG Bank.

AVM Kadri who was a member of the Ghana Air Force Tennis Team, and eventually became the Patron in latter years, recounting some history of the tennis court, said the court started as clay, was converted into concrete, then to asphalt by kind courtesy of Ashanti Goldfields Company in the 90s, and into plastic mat in the year 2000, and said it is truly a testament that it has taken two decades for another facelift to take place.

While commending the CBG in aligning itself with the development of sports in the Ghana Air Force, A/Cdre Kadri also called on other corporate entities, to take a cue from CBG, and partner the Air Force Officers’ Mess, to upgrade other sporting facilities at the Base, as civilians are also allowed its use, referring to a point in time when the Ghana Black Stars used the gym for preparations to a tournament.

The retired two-star General was of full praise for the Air Force Command that in the face of critical challenges, it has maintained its interest in providing adequate sporting facilities to personnel, with the ultimate health of personnel in view.

The CAS, commending the CBG Bank for the decision to invest in the health of people, and in return for their gesture, welcomed the bank to explore opportunities of doing business with the Armed Forces where in Tamale alone, their branch could explore opportunities with the 6 Infantry Battalion (6Bn), Airborne Force and the AFB, Tamale, and soon to be Bui tactical Air Command and the new airport being built in Tamale, with a promised to assess the opportunity of some contributions of personnel being given to CBG as an invest fund.

Mr Daniel Wilson Addo – Managing Director, CBG, who have 114 Branches nationwide and various digital platforms, used the occasion to launch the “CBG SPORTS ACADEMY”, which is birthed out of the partnership with GAF.

Mr Addo said that the Bank was of the thought that since they had fixed the tennis court, which is a part of the sports complex, then they might as well make use of the other facilities available at the Mess, and encourage all of its staff to take their health and sports seriously.

The facilities at the Mess include the golf course, a gymnasium, two tennis courts, a squash court and a handball court under construction by a friend of the AFB – Mr Okai, with spanking clean washrooms, a bar and restaurant.

Let me leave this quote from AVM Kadri for your encouragement – “If you want connections, play tennis and golf. Those who have small balls, play golf, those who have big balls play tennis