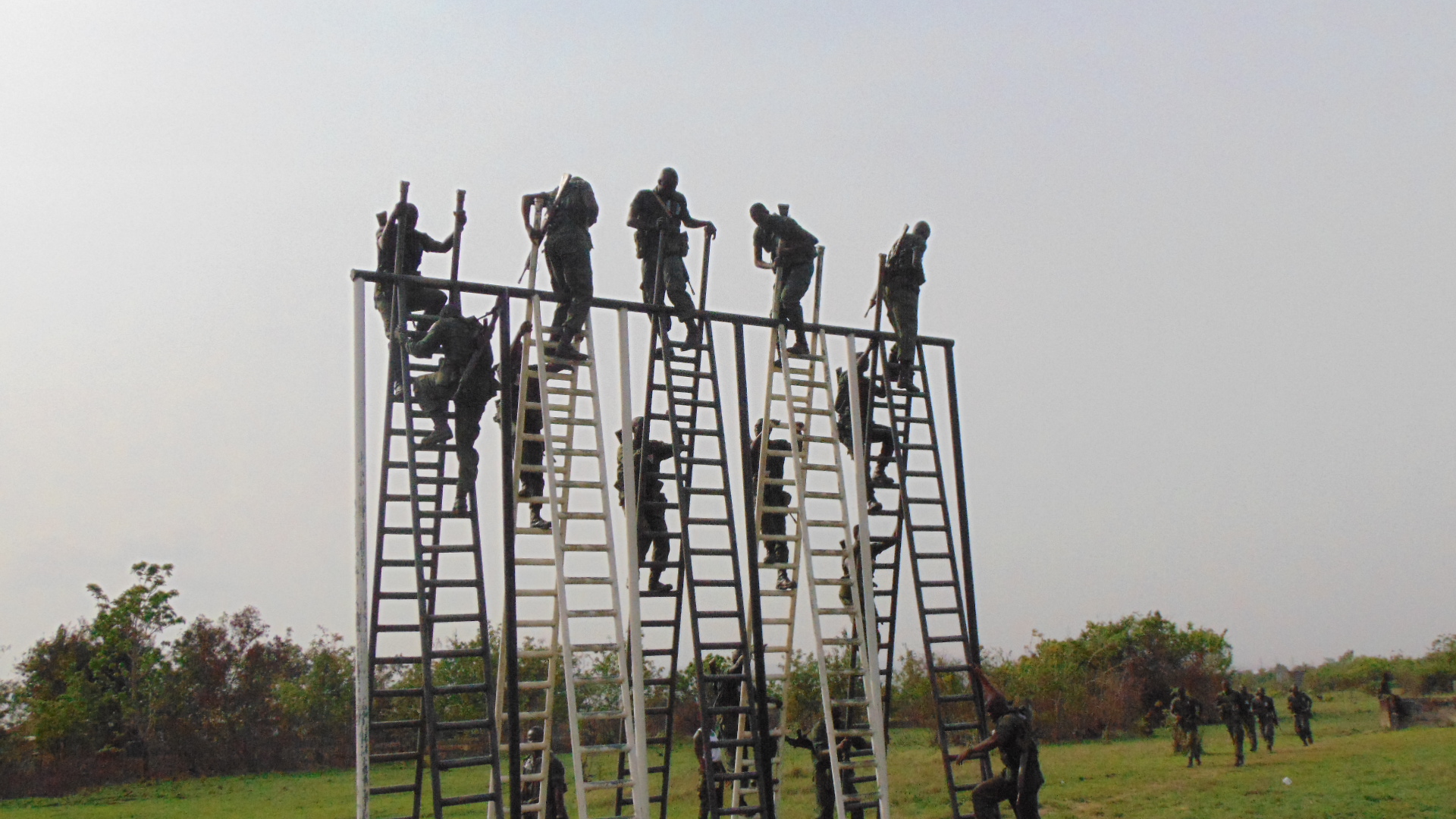 A quote, “In no other profession are the penalties for employing untrained personnel so appalling or irrevocable, as in the military” by General Douglas MacArthur of the United States Army, seems an apt motivation, as the Army Recruit Training School (ARTS) of the Army Training Command (ATRAC) of the Ghana Armed Forces (GAF), embarked on its Basic Infantry Training Course (BITC) 2019 Inter Company Steeplechase Competition.

The Guest-of-Honour for the thrilling contest, Colonel (Col) Ibrahim Salifu – Director, Administration, Army Headquarters, addressing the under-training soldiers, on Thursday, 19th March, 2020, at the training school at Shai-Hills, stated that the fact that warfare has become mechanized and technologically advanced, has accentuated rather than minimized the importance of soldiers’ fitness.

Further emphasizing the essence of the steeplechase event in the training regime of the school, Col Salifu stated that there are always places where mechanized units cannot maneuver, tasks which machines cannot accomplish, and situations in which equipment becomes disabled.

“Every new advance in the speed, maneuverability, striking power, durability, and destructiveness of our machines, must be accompanied by a corresponding improvement, in the quality and fitness of their operators”, the Admin Director concluded.

The BITC 1/2019 Inter-Company Steeplechase, was amongst seven hundred sixty-eight (768) recruits, from ARTS, the Jungle Warfare School, Akyem Achiase and the Air Force Recruit School, Takoradi, who had been segmented into three Companies – Alpha, Bravo and Charlie – to run a distance of 3.2 kilometers, from and back to the school, and end up crossing 25 obstacles which have been spread in a kilometer.