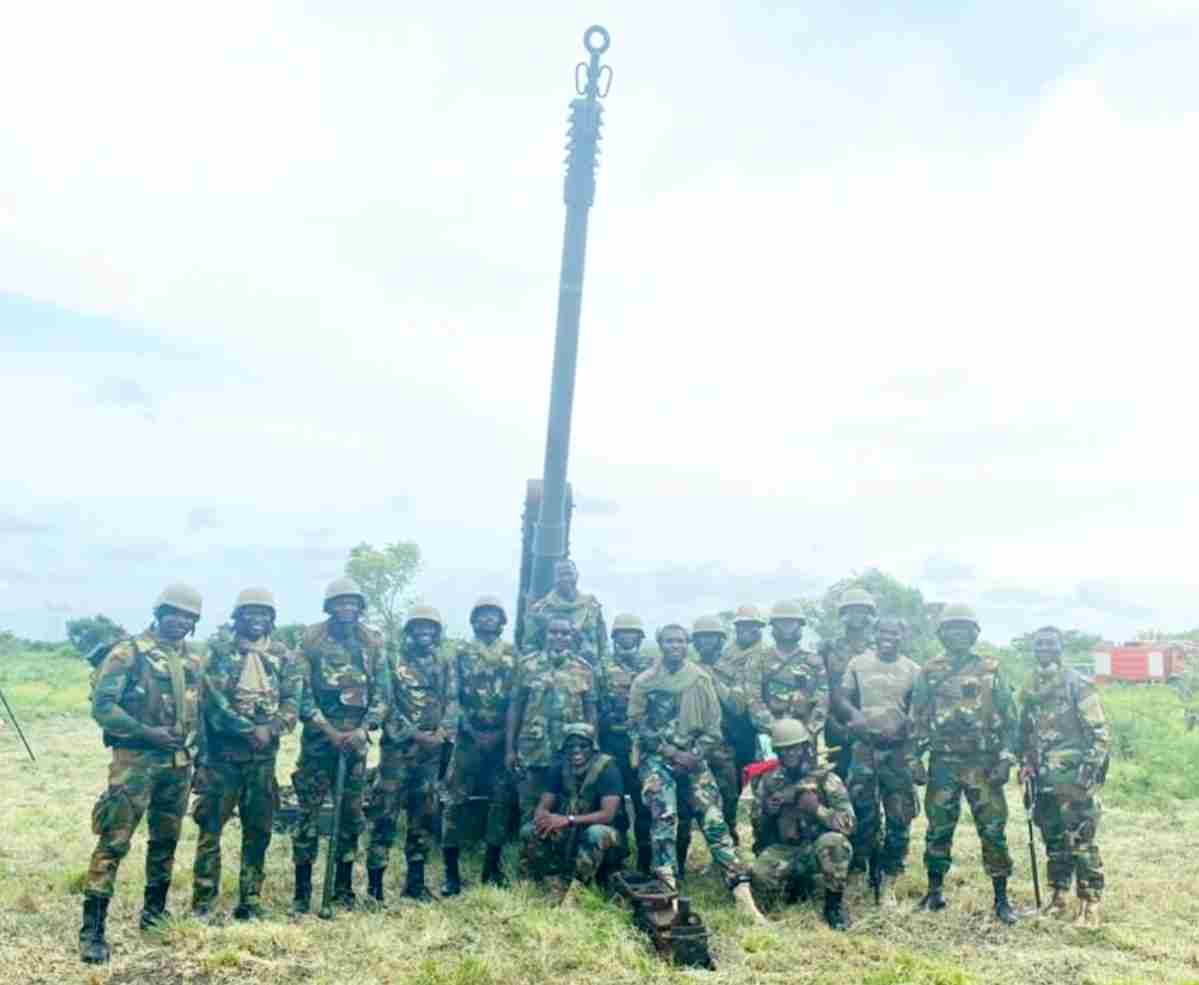 The two courses commenced at ATRS, Akoefe Camp, in the Volta Region, on Wednesday, 14 September and closed on Friday, 4 November, 2022, with Special Guest at the closing ceremony being the Chief Executive Officer of Doelyne Enterprises Limited – Mr Christian Hokey, who generously donated quantities of paint to support the quest to deliver a facelift to the ATRS Camp.

Rendering some scintillating remarks at the closing ceremony, the Commanding Officer (CO), ATRS – Lieutenant Colonel (Lt Col) Kwame Sam Appiah, stating the essence of the tutelage, said the mission of ATRS is to provide the Artillery Corps of the Ghana Army (GA) with skills and knowledge in an environment that is conducive for study, learning, and personal development, in order to maximize performance and facilitate operability.

He said great technological advancement has produced weapons with tremendous precision of destructive power at longer ranges, and these have made great demands on Artillery Units, which have required adequate training of Artillery Officers and Soldiers to a high degree of proficiency.

With a historical mix, the CO referenced Napoleon Bonaparte’s introduction of revolutionary methods of using artillery, not only to destroy enemy fortifications, but also against enemy formations, to enable the Infantry and Armour to break through, thus placing Artillery roles in warfare as increasingly important in all Armed Forces.

The ATRS CO opined that recent international conflicts over Nagorno-Karabakh between Armenia and Azerbaijan and the Russian-Ukraine war have shown how susceptible land systems, from armoured personnel carriers (APC) to main battle tanks, are to aerial threats, although payloads and weather can limit the ability of aircrafts and Unmanned Aerial Vehicles (UAVs) to deliver effect on a large scale in the way a concentrated artillery barrage can.

On the general assumption that artillery causes too much collateral damage on the battlefield, Lt Col Appiah said modern artillery has proved effective in counterinsurgency and asymmetric operations, and was of the view that GAF has been proactive in its ability to adapt its capability to deliver lethal and non-lethal effects against possible threats.

Ghana’s Military has been high on counter terrorism and counterinsurgency preparations in recent times, and Lt Col Appiah expresses that for Artillery to effectively discharge its duties in support of the agenda, its fires must be responsive to any Unit that needs them.

This, he says, can be achieved when Artillery is able to fire in all directions, to provide support to defensive forces and static security posts, such as checkpoints, roadblocks, and base camps which are vital assets that contribute immensely to winning the counterinsurgency fight, because the enemy is located everywhere. It must also minimize collateral damage in order to gain and maintain the support of the local populace.

Taking aim at his fellow Artillery Corps, the CO intimated that artillery skills are perishable, thus Officers and Soldiers should train consistently within combined arms, in order to provide responsive fires when required, supporting his view with a quote by the Greek soldier Archilochus who stated that “We do not rise to the level of our expectations. We fall to the level of our training.”

Quoting Field Marshall Rommel; “War makes extremely heavy demands on the soldier’s strength and nerves. For this reason, make heavy demands on your men in peacetime exercises”, he said that training for war can equally be effective as an art of peace.

He finally surmised that the experience the course participants had gained should imbibe in them what can be accomplished through training, organization, team-work and discipline, encouraging them to build on the knowledge acquired from the training and be conscientized for future upgrading courses.

Soldiers who have successfully completed the BIII and BII courses have undergone appreciable academic tutoring, and have been trained to operate in extreme environments, such as split battery operations for longer periods of time, while still being able to provide close supporting fires to manouevre units, and defending themselves.

As part of the training curriculum, there was live firing, where for the first time, ATRS executed High Angle Firing.

The Chiefs from Tanyigbe and Akoefe, who were present at the function, thanked the ATRS for the support provided for their community, which has resulted in reduction of crime numbers in their towns, and requested that the camp be expanded to have the capacity to benefit their youths, after secondary education.

Course participants who distinguished themselves in order of merit are as follows:

The order of Merit for the Basic Artillery Course 2 of 2022 are as follows: