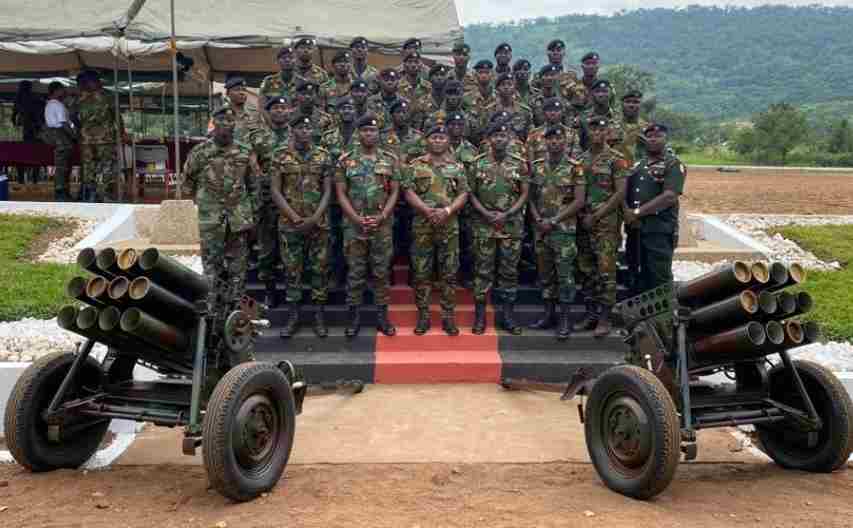 For the Ghana Armed Forces (GAF) to effectively combat threats of terrorism against Ghana, it needs to be well-trained in all forms of warfare, since intra-state conflicts have assumed new dimensions, with non-state and state actors becoming more formidable and active against state security forces.

According to Col Parbey, the unstable conditions leave the West African sub-region vulnerable to destructive influences and actions from organizations, such as terrorist networks who seek to capitalize on instability to achieve their destructive goals.

Col Parbey said part of the reasons why GAF is establishing new Units and Forward Operating Bases (FOBs) in the middle and northern sectors of the country is that it requires a more dynamic, pre-emptive and information-led approach, which must be national and strongly postured to show its lethal capabilities.

The Commanding Officer (CO) of the Artillery Training School – Lieutenant Colonel (Lt Col) Kwame Sam Appiah was appreciative of Military High Command’s support the school has received over the years, as well as from its Civilian friends, and appealed to other benevolent organizations to support the school to construct an ablution unit, students’ accommodation and classroom blocks.

The 9-weeks Basic Artillery Course, which brought together 54 all ranks, out of which 5 were females, required comprehensive training of personnel in Artillery tactics, techniques and procedures, to support manoeuvre Units in the fight against emerging threats.