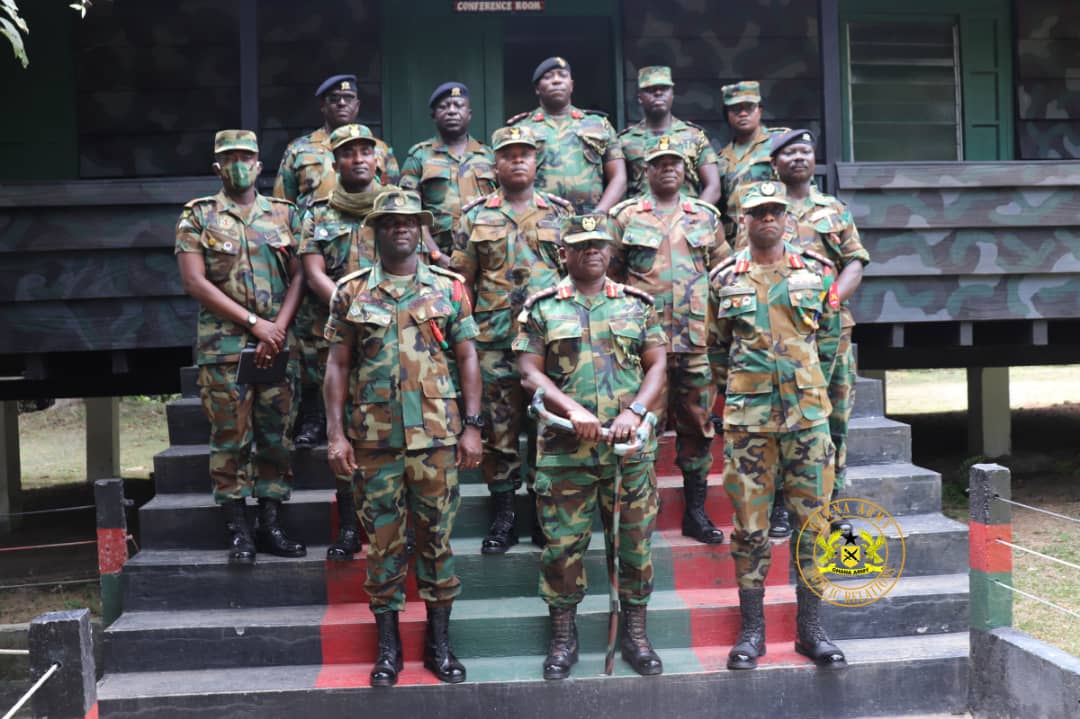 The Ghana Army is pursuing a vision of transformation by developing modern doctrines and courses at its training schools, building and sustaining the capacity of instructors at the schools by equipping the Infantry Units to take over Internal Security operations and collaborating with other Armies on training Officers and Non-Commissioned Officers (NCOs) at the schools, the Chief of the Army Staff (COAS) of the Ghana Armed Forces (GAF), has indicated.

Calling on All Ranks of the Army to support the new course; by being professional and dedicated to their mandate of protecting the country and its citizens at all times, General Oppong-Peprah cited his possession of an excellent team at the Army Headquarters, who will change the Army, with the needed support, mentioning the introduction and operationalization of two new Battalion Units – 10 and 11 Mechanized Battalions in Wa and Bawku, respectively.

The General therefore emphasized the need for soldiers to stay totally united and avoid divisions amongst the rank and file of the military, saying, “The Army can go forward if we stay united and prevent others from coming in-between us through political, tribal and other divisions”.

General Oppong-Peprah assured Officers and NCOs that the Army will defend its personnel from abuse, urging any person who would want to pursue any form of justice against the military or its personnel, to do so by following the due process of the law.

The Army Commander, then mentioned a few of the numerous works, since he assumed office, including the construction of troops accommodation at the Bundase Training Camp in Prampram, ultramodern troops peacekeeping village at the Arakan Barracks, massive renovation and construction of recruits accommodations at the Army Recruit Training School (ARTS), among many.

Being notified of some challenges the JWS faces, General Oppong-Peprah, immediately took steps to resolve some; such as the construction of new squad sheds for weapon training, providing tent housing for training, repair of Technology Characterization Vehicle (TCV) and providing one Water Tanker and four Water Storage Tanks.

The Army Commander was received on arrival, by the Commanding Officer (CO) of JWS – Lieutenant Colonel (Lt Col) Peter Amoah and honoured with a Quarter-Guard, after which he addressed a durbar of troops and civilian employees.

Lt Col Amoah gave assurance to the COAS that, his team is bent on making the school effective and efficient, in producing high quality and professional soldiers for the Army, especially to combat insurgencies.

The COAS later appointed four Private (Pte) soldiers to the rank of Lance Corporal (L/Cpl), for their professional and excellent drill display, during the Quarter-Guard.

The JWS trains Officers and NCOs of GAF in Jungle Tactics, Internal Security (IS) and Counter Insurgency (COIN) Operations, in order to equip All Ranks to fight, during jungle operations.