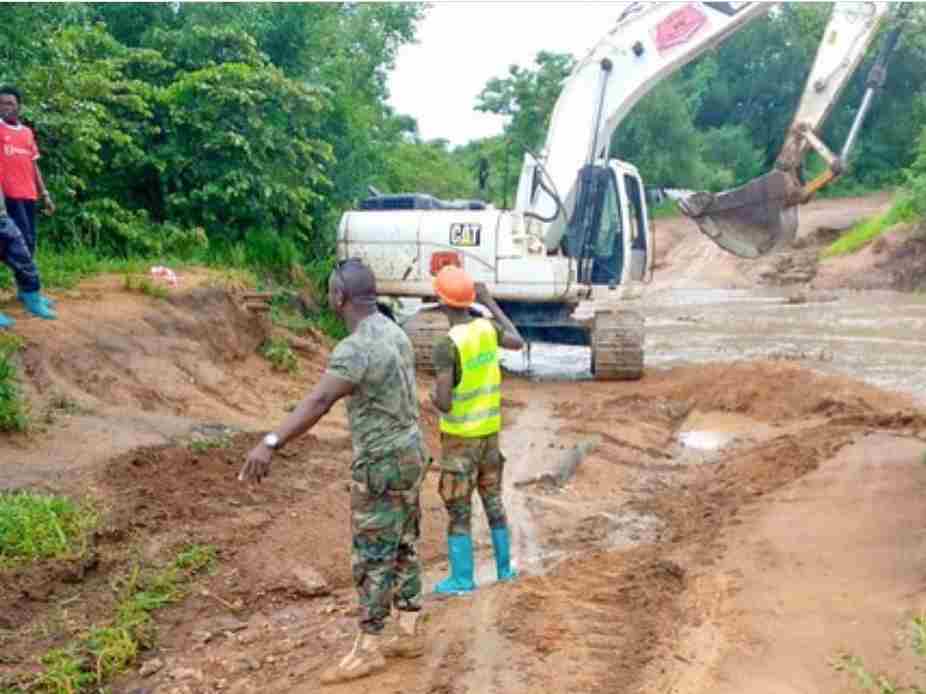 The 48 Engineer Regiment of the Ghana Army has embarked on Social Intervention Programs (SIP), which involve re-gravelling/reshaping of roads and construction of culverts, as well as drilling of boreholes, in selected communities in the Upper East, Upper West and Savanna Regions of the country.

In lieu of that, on Friday 15 July 2022, a number of community leaders from the Jeffisi and Pusiga Districts inspected ongoing works and offered prayers for the successful completion of the SIP projects, which are part of the non-kinetic counterterrorism efforts by the Ministry of National Security, through the Army.

Currently the survey and setting out works have been completed at Jeffisi, for two big box culverts, and drilling of boreholes has commenced in a number of communities, which has gotten residents in the Yariga and Pusiga Districts excited