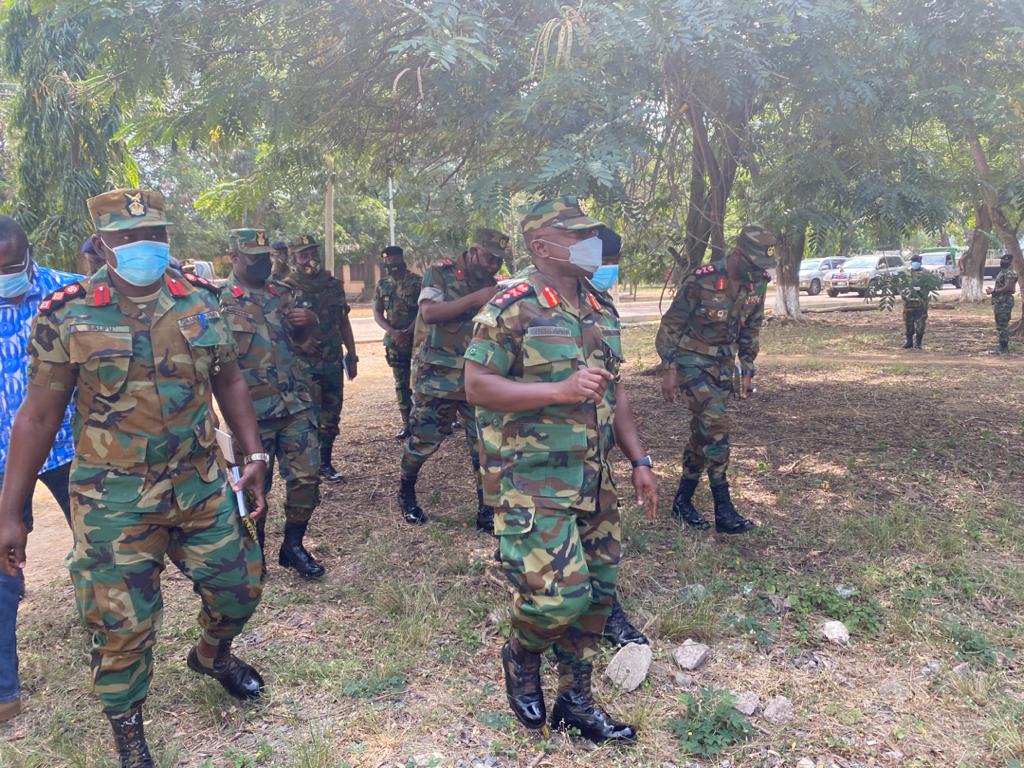 The Chief of the Army Staff Major General (Maj Gen) Thomas Oppong-Peprah has paid a one day working visit to the Army Recruit Training School (ARTS) at Shai Hills and the 153 Armoured Regiment, Burma Camp, to ascertain the level of damage of infrastructure at the school ahead of a planned renovation and subsequent reconstruction and the construction of a 10-unit Soldiers’ accommodation, at 153.

The COAS gave the assurance that, he wants to modernize the infrastructure of the training school to meet international standards and best practices, emphasizing that although funds have been secured for the general reconstruction of the school, it was his aim to renovate and rebuild some of the infrastructure, to accommodate recruits and instructors, ahead of the main reconstruction project.

The Army Commander assured the Commanding Officer (CO) of ARTS – Lieutenant Colonel (Lt Col) John Mensah Tenzi, of his support for instructors’ accommodation provision and other major renovation, which are beyond the school administration’s capabilities.

The Army Headquarters had earlier supported minor renovation woks, including the changing of louver blades and window nets, re-painting, re-fixing the bathrooms and toilets, among others.

Maj Gen Oppong-Peprah further recommended the construction of a modern multi-purpose auditorium with a bio-fill system, to ease the pressure on current facilities, and commended the officers and men of the School, for the professionalism and hard work with which they conduct their duties, amidst challenges.