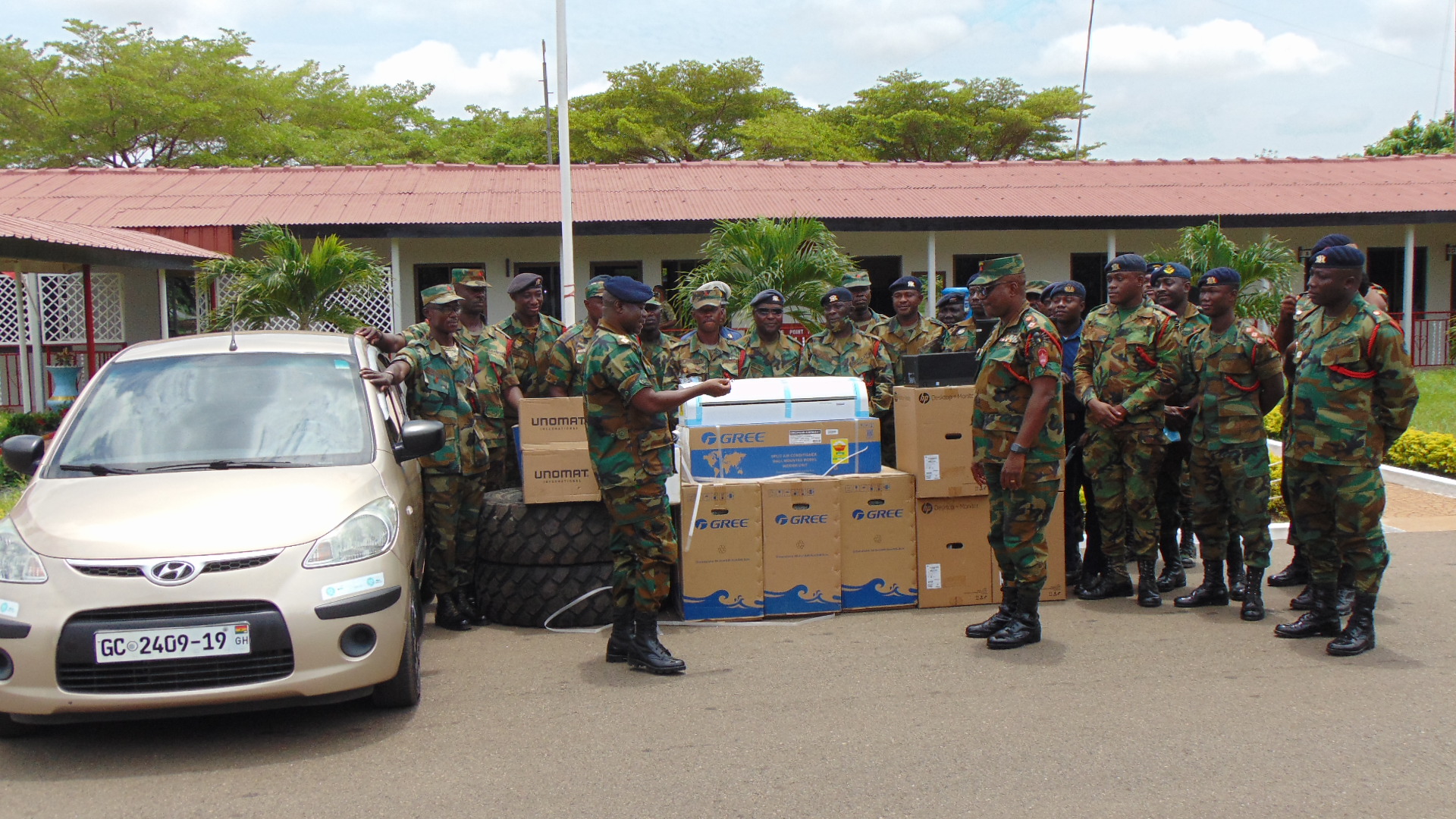 The Chief of the Army Staff (COAS) – Major General (Maj Gen) Thomas Oppong-Peprah, has presented a number of items to One Battalion of Infantry (1Bn), Michel Camp, Tema, in fulfilment of a promise he made to them, when he visited them.

The items will be utilized by the following; the car and two ACs for the One Medical Reception Station (1MRS), one AC for the One Military Police (1MP) Detachment Office, the two tyres for the One Infantry Fire Assault Vehicles and the computers for the One Garrison Education (Gar Edu) Centre Information Communication Technology (ICT) Laboratory.

On Friday, 25th September, 2020, the COAS paid a day’s working visit to the battalion, and during the course of the tour, General Oppong-Peprah, being highly impressed with the output of the Commanding Officer (CO) – Lieutenant Colonel (Lt Col) Simeone Barifi Nyante, his Officers and Non-Commissioned-Officers (NCOs), also noticed some difficulties of the force.

The Army Commander, thus trothed the support of the Army Headquarters (HQ), to help provide solutions; such as the completion of the Young Officers’ accommodation in two months, construct a new additional accommodation for Young Soldiers and provide computers for the ICT Lab of the Gar Edu Centre.

Other assurances included the asphalting of the Unit’s Parade Square with the Barracks’ roads, fixing the tyres of the One Infantry Fire Assault Vehicles, roofing the shed at the Mechanical and Transport (MT) Yard, assisting the Unit to improve street lighting at the Barracks, help convey sick persons from the MRS to Korle-Bu for Dialysis, and air-conditioners for certain offices.

CO Lt Col Nyante, after receiving the items, extolled the Army Commander for his integrity and stated that, it is clear sign that the rest of the promises would be fulfilled soon.