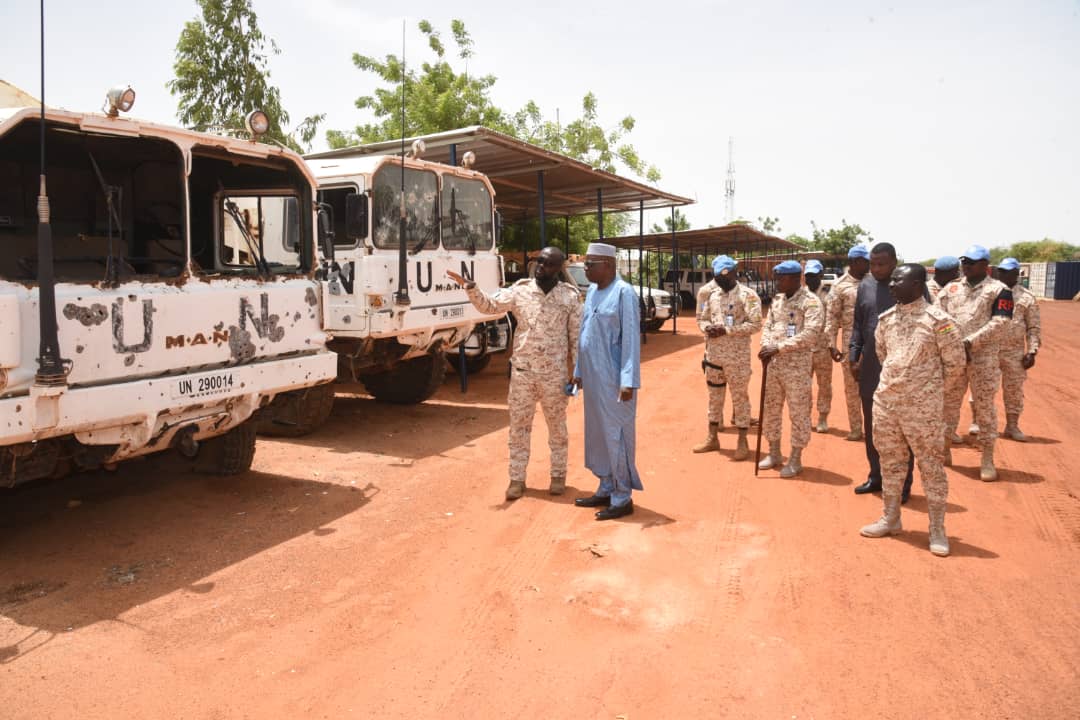 Ghana’s Ambassador to Mali – His Excellency (HE) Napoleon Abdulai disclosed this when he paid a 4-day working visit to GHANENGCOY 10 on Thursday, 4 August 2022, to assess troops welfare and to have firsthand information on the operations of the contingent in Timbuktu, Mali.

Ambassador Abdulai, who was in the company of the Consul of the Ghana Embassy in Bamako, also visited the MINUSMA Sector Headquarters and called on the Sector West Commander – Brigadier General (Brig Gen) Joel Biwanlo, the Regional Administrative Officer (RAO) – Madam Susan Asomaning and the MINUSMA Head of Office of the Region – Mr Mamane Moussa.

The Ambassador’s visit itinerary also included a durbar with All Ranks of the Engineer Company, where he cited the contingent’s patience and professionalism, regardless of ongoing Rotation challenges in MINUSMA, however indicating that efforts were far advanced, to secure the start of the Rotation through good cooperation with the Malian Government and all stakeholders.

The RAO, while commending GHANENGCOY 10 for their show of professionalism in executing their tasks, in spite of numerous logistical challenges they encounter, encouraged the Government of Ghana to continue its ongoing efforts to upgrade the equipment and logistics deployed in the Mission.

The Sector West Commander in his interaction with the Ambassador, averred that the Ghana Contingent was indeed the major supporting unit within the Sector and commended GHANENGCOY 10 for displaying high standards and dedication, regardless of difficulties within the mission.

The Ambassador was received at the Timbuktu Airport by the Officer Commanding (OC), GHANENGCOY 10 – Lieutenant Colonel (Lt Col) Edward Kofi Poku, and later interacted with the Ghanaian community within the Sector.