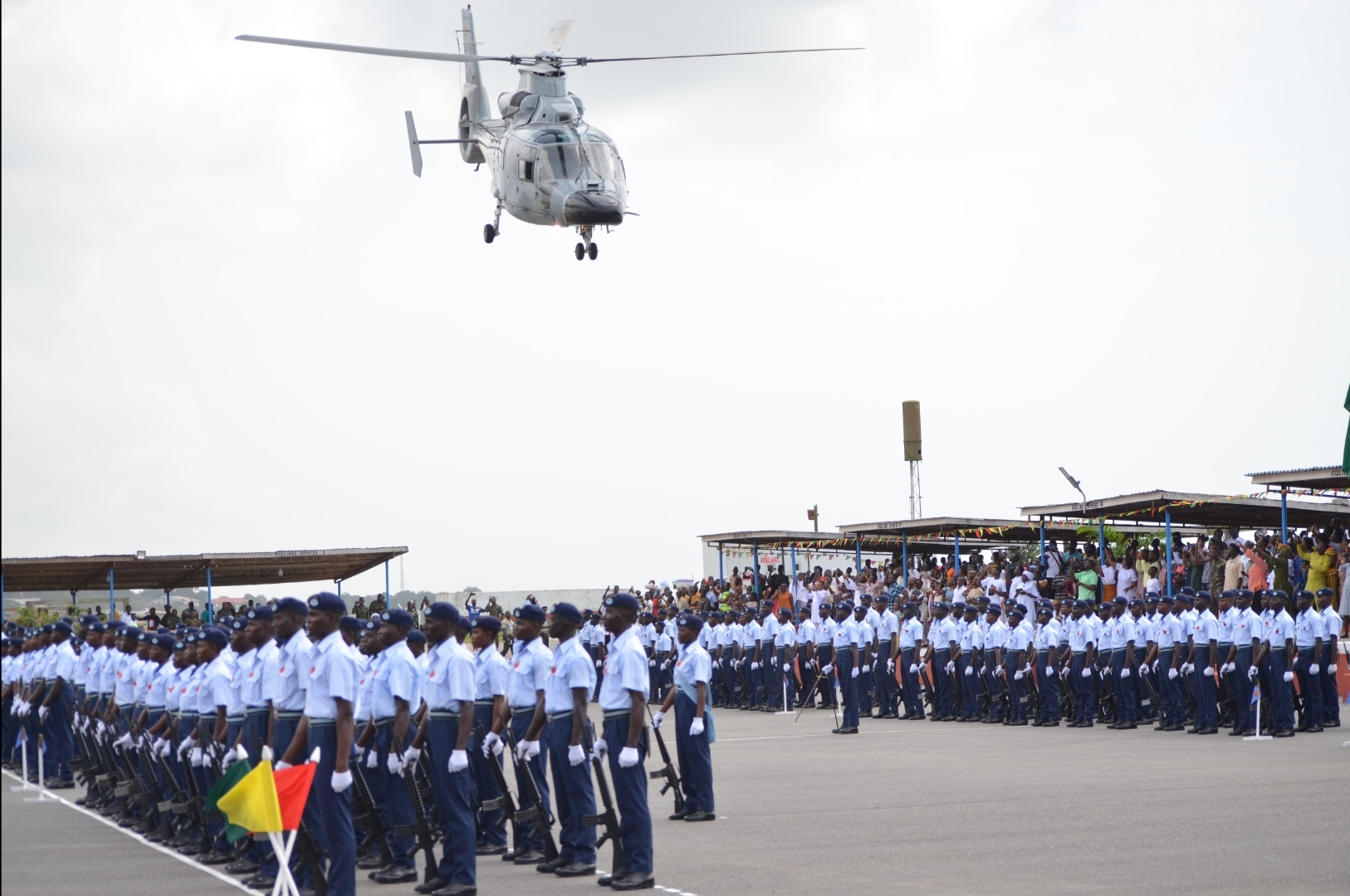 Three hundred and forty-five (345) Young Airmen passing-out from the Air Force Recruit Training School (AFRTS) Takoradi, have been told that the days the military was synonymous with fear and brutality are long gone, and that the Ghana Armed Forces (GAF) is a neutral body, constitutionally mandated to defend the Constitution of Ghana, its territories, and not serve the interest of any section or group of individuals.

The passing-out parade was held at the Air Force Base, Takoradi, on Friday, 4 November, 2022 with the Reviewing Officer (RO) being Wing Commander (Wg Cdr) Patrick Nelson Sogbodjor (Rtd), who in his speech, called for the Young Airmen to treat the Air Force as a Service which has won the trust and confidence of the citizenry, through a healthy civil-military (CIMIC) relationship.

Wg Cdr Sogbodjor (Rtd) told the Airmen that after undergoing twenty-four weeks intensive Basic Military Training, they should carry aloft the Air Force banner, holding it high in forward march to the realization of the Service’s mission of delivering air power to meet national security objectives, by demonstrating values of integrity, service to the Air Force and Ghana before self, and a passion for excellence and success.

He intimated that the Military High Command (MHC) has a high stake in the welfare of Service personnel and making every effort possible, to attain set goals, in the area of the provision of better conditions of service, such as improved pay and allowances, living accommodation, medical care and other social facilities.

“You must bear in mind that the days the military was synonymous with fear and brutality are long gone. The Armed Forces is a neutral body and constitutionally mandated to defend the Constitution of the Republic of Ghana and not to serve the interest of any section or group of individuals for that matter. You are therefore, to remain neutral in all your dealings with the public. Your loyalty is to the good people of Ghana and not to any section or group of people” – Wg Cdr Sogbodjor

He cautioned against what he termed ‘unmilitary behavior’ that could cause embarrassment to GAF, such as; debt collection, unsolicited police duties, land guards, arbitrators in family feud(s), chieftaincy disputes, arrest of drug peddlers, enlistment fraud, amongst others.

Twenty-six weeks ago, 350 young men and women assembled at the AFRTS to start their training and career in the Air Force, however, five of them fell out for the 345 to be admitted into the Service.