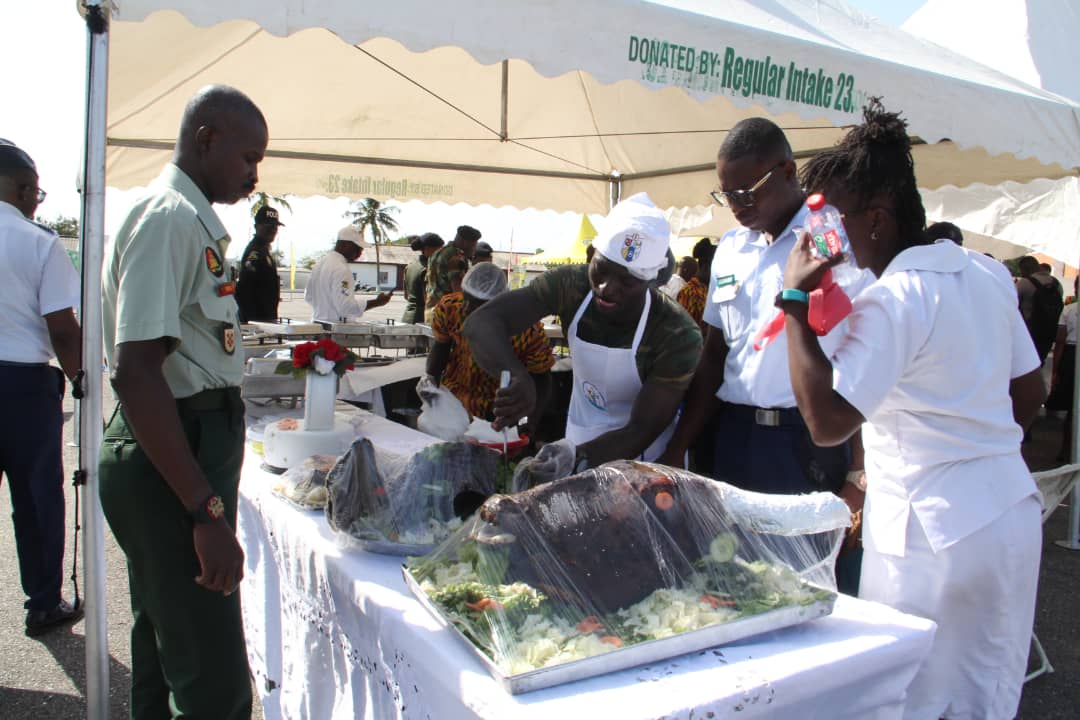 The Armed Forces Catering Training School (AFCTS), under the auspices of the Military Academy Training Schools (MATS) of the Ghana Armed Forces (GAF), has held its maiden Inter-Arms Cooking Competition and Food Bazaar, to commemorate the end of its Advance Caterers/Waiters Course B1 No. 24.

Held on Friday, 27th May, 2022, under the theme; “Developing the Culinary Skills in the Military Chef” the contest had participation from forty-five (45) students drawn from the three Services – Army, Navy and Air Force – who graduated after being instructed for 19 weeks from 14th January, 2022.

Students of the course acquired knowledge through skills training, in both theoretical and practical aspects of the cookery course, which was focused at churning out the best chefs for GAF and to additionally make them marketable, after they had completed military service.

Representing the Chief Executive Officer (CEO), Ghana Free Zones Authority – Ambassador Michael Ocquaye Jnr – as the Guest of Honour for the closing ceremony, Mr Jesse Agyapong, Director, Corporate Affairs, Marketing and Business Development, stated that an Army marches on its stomach, therefore, efforts of soldiers to maintain peace at home and abroad, will always be dependent on the culinary skills of its chefs.

Calling for more support from Corporate Ghana for the school, Mr Agyapong urged the professionals not to relent in research and to be conscious of food hygiene and safety, since it has become a requisite certification for the food and hospitality industry the world over.

The Officer Commanding (OC), AFCS – Sub Lieutenant (S/Lt) Maxwell Oduro Anakwa said there was positive assimilation of the course, during individual practical assessment sessions and subsequently the cooking competition, and praised the students, who contributed to the success of the course by donating tiles in tiling the school premises and some of the offices.