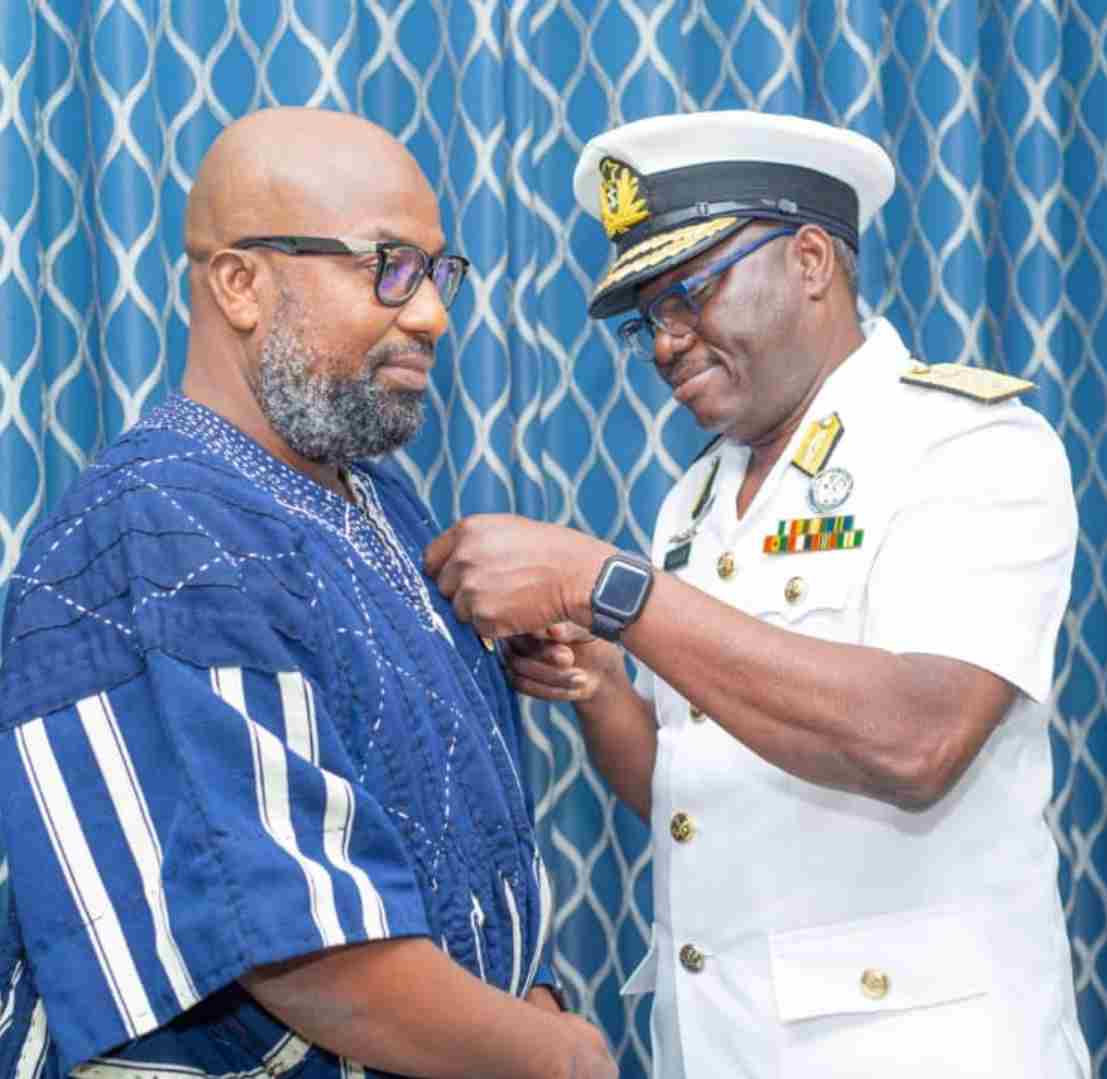 The Chief of the Naval Staff (CNS) – Rear Admiral (R/Adm) Issah Adam Yakubu has re-awarded two (2) GULF OF GUINEA medals, one to Naval Captain (Capt GN) Derrick Godwill Attachie and a posthumous one to the late Commander (Cdr) Yussif Benning, for their meritorious and loyal service to the Gulf of Guinea and pioneering work in the Yaounde Architecture.

The orders were first given to the duo in absentia, during the official inauguration of the West African Regional Maritime Security Centre, which occurred on 31 March, 2022, thus the CNS on Thursday 11 August 2022, re-presented the medallions at the Ghana Navy Headquarters, Burma Camp, Accra, on behalf of the Inter-Regional Coordination Centre, based in Yaounde, Cameroon.

Of the duo, Admiral Yakubu highly commended their persistence, dedication and commitment to the advancement of the Yaounde architecture, and for giving good accounts of themselves towards their duties and responsibilities.

At the Naval Headquarters, Capt (GN) Attachie personally received his medal from the Navy Commander, whiles Master Abdul Salam Wissepeng – son of the late Cdr Benning – received his father’s portion of the order.