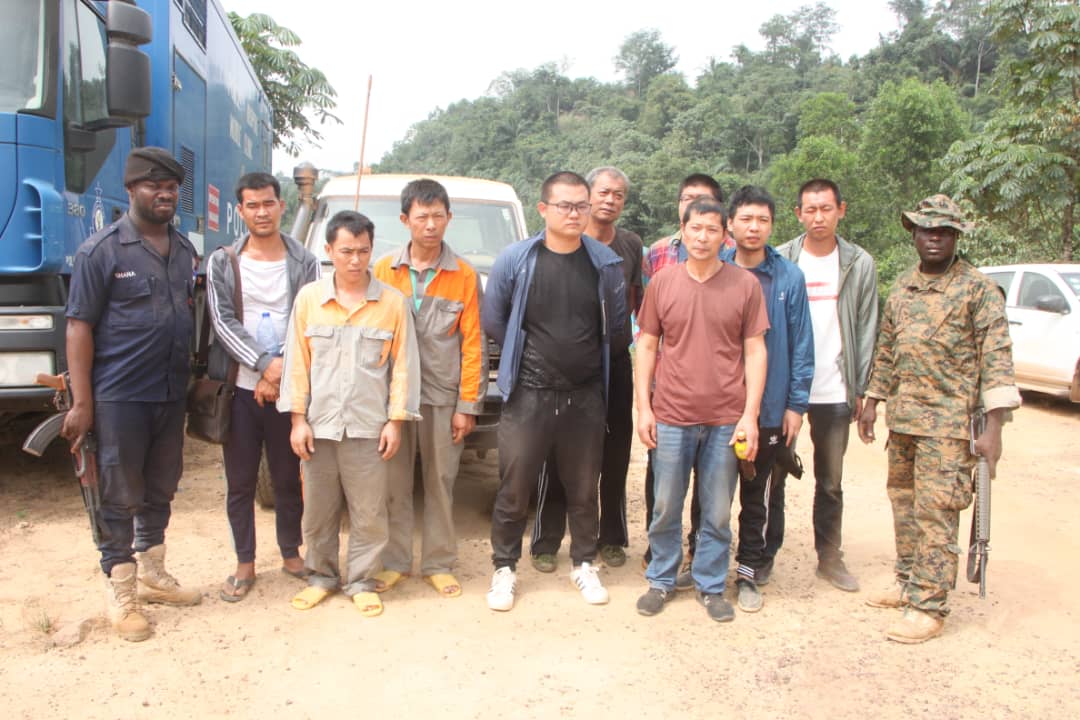 The Western Forward Operating Base (FOB WEST) of Operation VANGUARD, in a night swoop, has busted nine (9) Chinese illegal miners at Omanpe, Kwahu, Enfadiagoro and Oppong krom all in the Aowin Municipality of the Western Region.

The arrest on Wednesday 12 February 2020, followed a long period of reconnaissance and intelligence gathering on the activities of these illegal miners in the area, by the joint military and police taskforce, charged with the mandate to combat the menace of illegal mining in the country.

The Officer Commanding (OC) FOB WEST, who led the patrol to stall the destruction of fresh water bodies and the environment, stated that the arrested Chinese illegal miners, were aged between 29 and 58 years.

The OC added that the culprits and their confiscated exhibits linking them to their illegal activities, will be transferred to the office of the Inter-Ministerial Committee on Illegal Mining (IMCIM), in Accra for further action.

The OC posited that the taskforce will continue to execute its mandate without fear or favor in ensuring that the president’s aim of stopping illegal mining and consequently saving Ghana’s environment and water bodies are realized.

The Crime Officer of the taskforce on his part said that any person arrested by the Operation VANGUARD Taskforce will be made to face the full rigors of the law to continually serve as deterrent to potential and actual illegal miners in the country.

ARMY TO RECRUIT TO RESOLVE SOME MANPOWER CHALLENGES