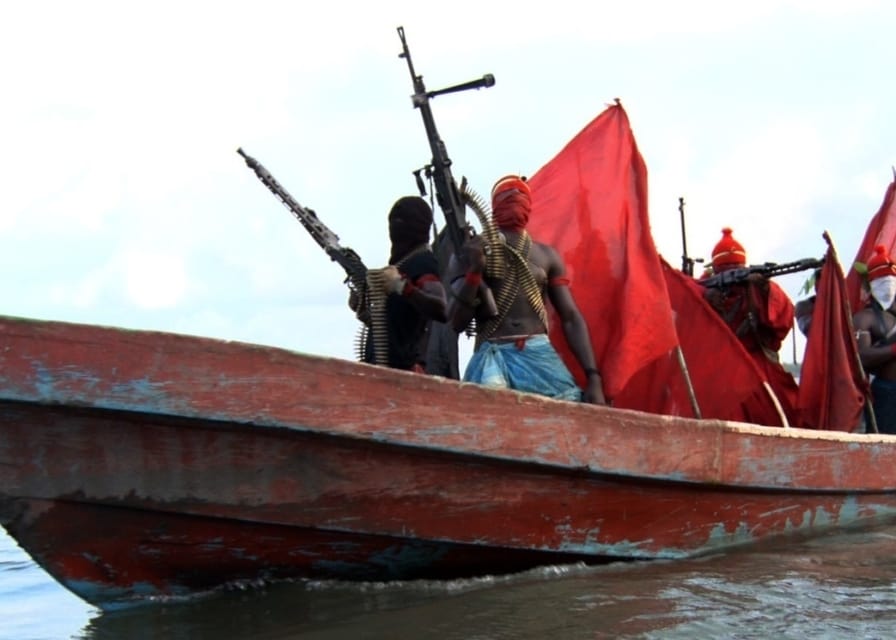 By Moses Dautey (a.k.a. Platoon Commander)

It can now be confirmed that the six sailors onboard the Ghanaian flagged fishing vessel FV PANOFI FRONTIER, who were taken into captivity by pirates a month ago, have been released and are currently in Nigeria, awaiting directives prior to their evacuation.

The sailors – five Koreans and a Ghanaian – were kidnapped on the 24th of June 2020, when their fishing vessel came under pirates attack, whilst fishing in Beninoin waters, 80 Nautical Miles south of Lagos.

The intercepted information indicates that the release took place over the weekend and the freed captives, are in the comfort zones of the Korean Embassy and the Ghana High Commission, respectively in Nigeria.

It is however not clear how their release was secured, whether it was as a result of military operation, which in this case could have happened on land or at sea, or there was negotiation with payment of ransom or voluntary release by the pirates, the latter being the unthinkable.

Intelligence sources intimated that when the incident occurred, apart from the Ghanaian security agencies and their counterparts in the sub-region sharing Intelligence, including the world navies, there was tremendous collaboration from the government of Korea, through her embassies in Ghana and Nigeria, in the effort to locate the captives.

It would be recalled that on that fateful day of the attack, the look out crew member onboard FV PANOFI FRONTIER, reportedly spotted at a distance, a craft in the form of speed boat trailing but after reporting to the bridge, a second opinion ruled out an imminent threat.

About two hours later, the now visible gunmen fired a number of warning shots before getting onboard with the help of a ladder attached to the rear (aft), and after subjecting the Master of the vessel to various forms of torture, took the Korean at gunpoint into a getaway skiff.

They inquired and got to know that a Ghanaian cook was responsible for preparing food for the Asians so he was also added to the captives and they sped towards the east.

In addition, two things, Nigerian Pidgin English and Yoruba spoken by the pirates was enough clue to suggest where they came from and further taken the captives.

The Vessel Monitoring System (VMS) positioned on shore in Tema that locates and monitors all the country’s registered fishing vessels around the globe, in the event of pirate attack, drug/human trafficking and illegal trans-shipment, courtesy satellite transmission, have not been functioning for about eight months now.

This is because new transponders that would cost Seventeen Thousand Euros (€17,000.00) have not been procured by the Fisheries Commission, leaving the safety and security of fishing vessels and crew compromised, even though the commission assured the country on several occasions to make the VMS workable.

CDS CALLS FOR DEEPER DILIGENCE ON LAND, AIR AND SEA, AS...

ANOTHER EIGHT ARRESTED FOR ILLEGAL MINING