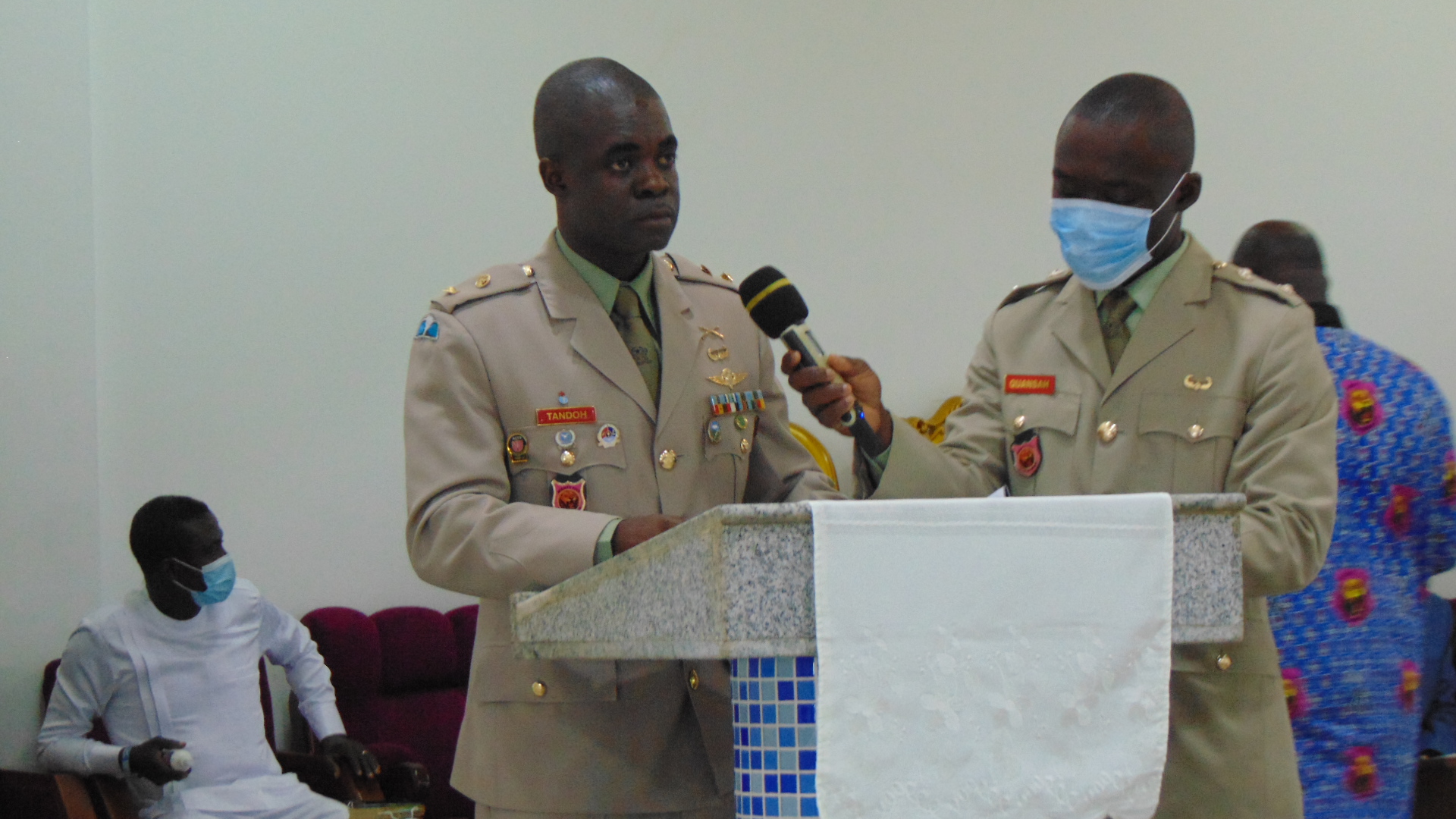 The Thirty-Fifth Commanding Officer (CO) of the Five Battalion of Infantry (5Bn) – Lieutenant Colonel (Lt Col) Prince Yaw Tandoh, who assumed office on the 17th of July, 2020, has been successfully inducted into office at a Religious Induction Parade.

Speaking to the CO at the parade, the GOC praised him for the commencement of some new projects since his assumption of command and his policy on training and equipment management, which has led to very intensive training at the battalion.

General Nsiah, himself a former CO of 5Bn, however, urged Lt Col Tandoh to cooperate and establish a good working relationship with all stakeholders in security issues, since no single institution can successfully handle all the contemporary security challenges confronting the country.

The General reminded the CO that the just-ended nationwide voters’ registration exercise, which had some unwanted incidents, requires mental robustness, endurance and professionalism, towards the general elections in December, which will put security institutions to test and “We must pass this test, we cannot fail”, he stated.

General Yeboah Insiah, who was quite inspirational at the parade, posited to Lt Col Tandoh, “I say to you today, if there’s any choice to be made between money and integrity, choose the latter, for integrity is all you need to succeed in all life endeavours – Integrity would take you further beyond where money or wealth would never take you”.

In his remarks after the induction process, Lt Col Tandoh stated a vision “To build a united and dependable Unit with operational excellence and mission accomplishment as our top priorities” and a mission “To maintain highly motivated, robust and well-trained officers and soldiers with a winning attitude, in order to achieve the end state of higher command.’’

CO Lt Col Tandoh stated the fore of his core values as welfare of troops, human-centred leadership, mutual respect for all, leadership development through mentorship, professionalism, teamwork and continuous training.