Bamirihene Nana Asare Barfuor II, in collaboration with a Spanish company Zatacon, is constructing an aluminum fabrication factory at Bamiri, near Techiman in the Brong Ahafo Region to boost the local economy.

The 200,000 Euros factory, which was completed in February, this year, forms part of government’s ‘One District, One Factory’ programme.

Nana Asare Barfuor said that apart from the aluminum fabrication factory, which is the first of its kind in the area, the company would also manufacture solar panels for irrigation to ensure that farmers engage in all-year cultivation of vegetables and that the farmers need boreholes to connect the solar panels to water their crops.

According to him, even though the implementation of the ‘One Village, One Dam’ was ongoing in the northern part of the country, farmers in the region, which share borders with the northern region, also need such facilities due to similar rainfall pattern.

“I have noticed that during the dry season, farmers in the region have nothing to do in their respective farms since they only depend on rainfall to farm and with the solar energy, the farmers would engage in all-year round farming for that to go a long way to promote the ‘Planting for Food and Jobs’ programme which has become a success story”, Nana Asare Barfuor said.

The resident engineer of the project, Mr Salvador said that the company decided to join hands with Nana Asare Barfuor to kick-start the project, for its viability, but appealed to the government to assist the company to make the project sustainable. 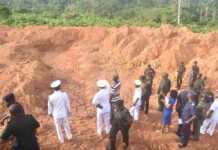