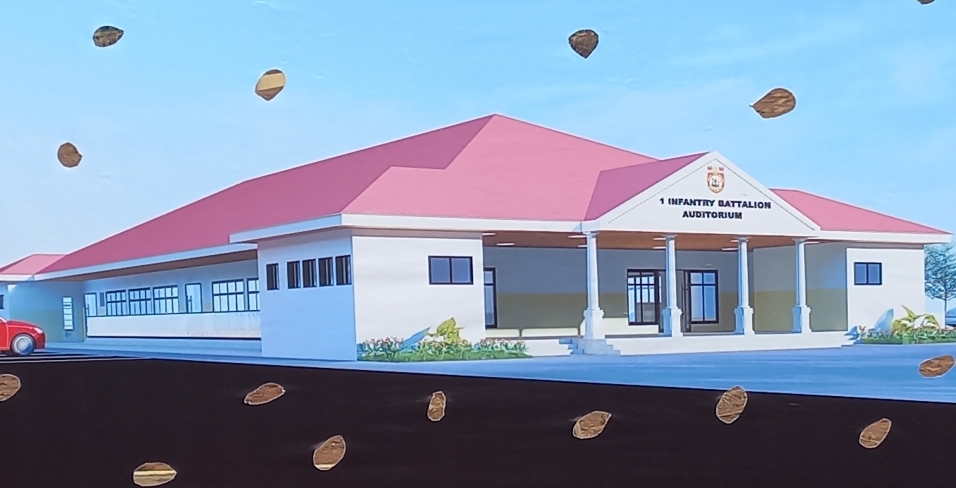 Ghana Army’s 1 Infantry Battalion (1Bn), has cut sod for the construction of a five-hundred and fifty (550) seater multipurpose auditorium to aid in troops’ regular briefings, durbars, conferences, lectures and other purposes, which hitherto have been organized at churches due to lack of amenities.

The General called on the corporate community, to observe the critical role of 1Bn in the maintenance of law and order, such as involvement in Operations HALT I and II, CALM LIFE, SAFE, COWLEG, ENHANCED CALM LIFE and MOTHERLAND, in the Eastern Region, Tema Metropolis, Ashaiman and Kpone-Katamanso Municipalities in the Greater Accra Region, and help the Unit to construct the facility, since they are beneficiaries of the end state of the military’s activities.

The CO cited instances where due to lack of appropriate lecture room infrastructure and amenities, the Battalion has had to organize events for Cadets of the Military Academy at the Officers’ Mess and other makeshift structures.

Further depicting the state of infrastructure, Lt Col Ampomah said the need for an auditorium for a Unit like 1Bn – a self-help project expected to be constructed jointly with the benevolence and magnanimity of philanthropists and friends of the military – is non-negotiable due to challenging circumstances, and would also reduce the pressure on church facilities in the barracks.

At the time of filing this report, the Unit was hosting a 12-week conventional training Basic Non-Commissioned Officers/Tactical Course for 50 Soldiers drawn from Units within S/COMD and other Commands of the Army, and due to deficient infrastructure, trainings were being held in inappropriate structures.