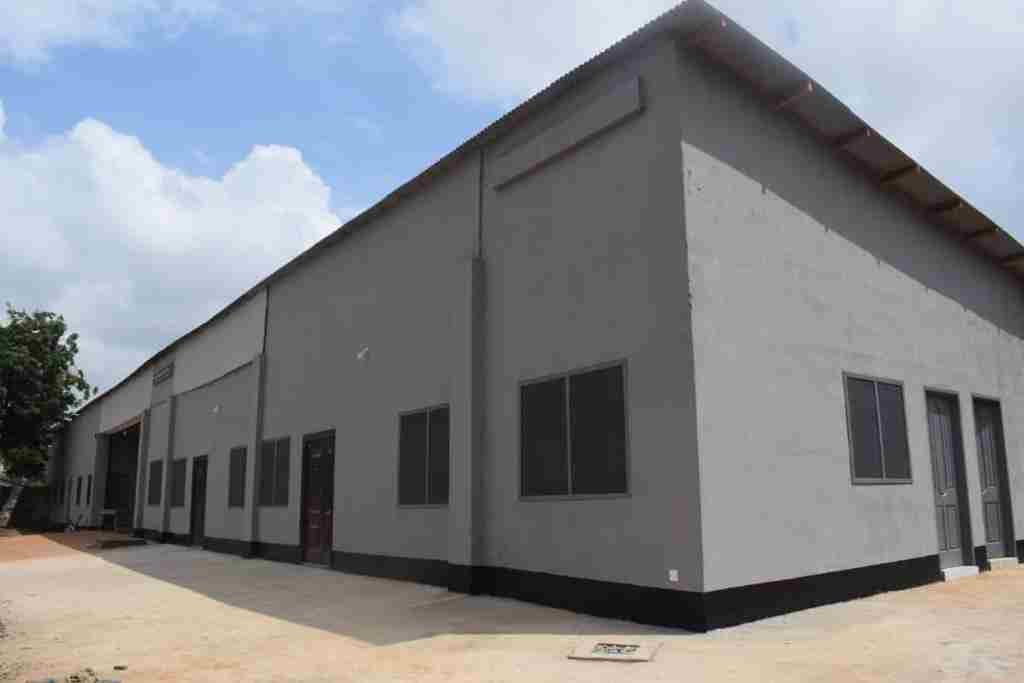 Pressed beyond measure to accommodate its troops, Ghana Army’s 1 Infantry Battalion (1Bn) have dipped into its already depleted coffers, to convert a dilapidated and abandoned structure which used to serve as vehicle workshop, into a 36-bed accommodation unit, to reduce infrastructure deficit pressure.

The commissioning of the reconstructed building, which is yet to be fitted with bunk-beds and is located at No.2 Reserve Vehicle Park, Michel Camp, was done on Friday 15 July, 2022, with Colonel Eric Nyarko – Command Logistics Officer (CLO), Southern Command (S/COMD) representing the General Officer Commanding as the Guest-of-Honour, and the Member of Parliament for Kpone-Katamanso as the Special Guest.

Speaking of his motivation for undertaking the works, the Commanding Officer (CO), 1Bn – Lieutenant Colonel (Lt Col) Dominic Ampomah, who recently assumed command of the Battalion said, currently about 26 female Young Soldiers of his Battalion reside in a single room, with two ablution units – a facility ideal for a maximum of ten Soldiers.

The CO further stated that a number of married Senior Non-Commissioned Officers (SNCOs) are not properly accommodated, whilst most Officers, including married ones, are made to share accommodation units meant for one person.

Lt Col Ampomah averred that the expansion drive of the Ghana Armed Forces, aimed at addressing the acute manpower and infrastructural challenges as part of measures to position the Armed Forces effectively and efficiently, has resulted in significant increase in personnel number levels, which have also triggered increased accommodation and infrastructural deficit.

He stated that in a bid to address this challenge, the Government of Ghana and the Military High Command have initiated the Barracks Regeneration Project (BRP), whereby 1Bn is a beneficiary of 48-unit accommodation facilities, which are at their completion stages.

1Bn is involved in a number of Internal Security Operations such as OP MOTHERLAND – providing security to key national infrastructure in its area of responsibility, against sabotage and destruction by terrorist armed groups and secessionist groups, being deployed in areas such as Akuse to protect the Kpong Hydro Dam, Akosombo to protect the dam and Atimpoku to protect the Adomi bridge.

The Battalion also conducts OP CALMLIFE, where Soldiers undertake patrols night and day, to ensure that roads are free from armed robbery, communities are safe with people going about their business activities without fear of attack.

At Abetifi and in Afram Plains in the Eastern Region, 1Bn is involved in OP COWLEG, conducting operations against alien Fulani herdsmen, whose activities do not only destroy the farms of local farmers but also remain a security threat in the areas they operate.