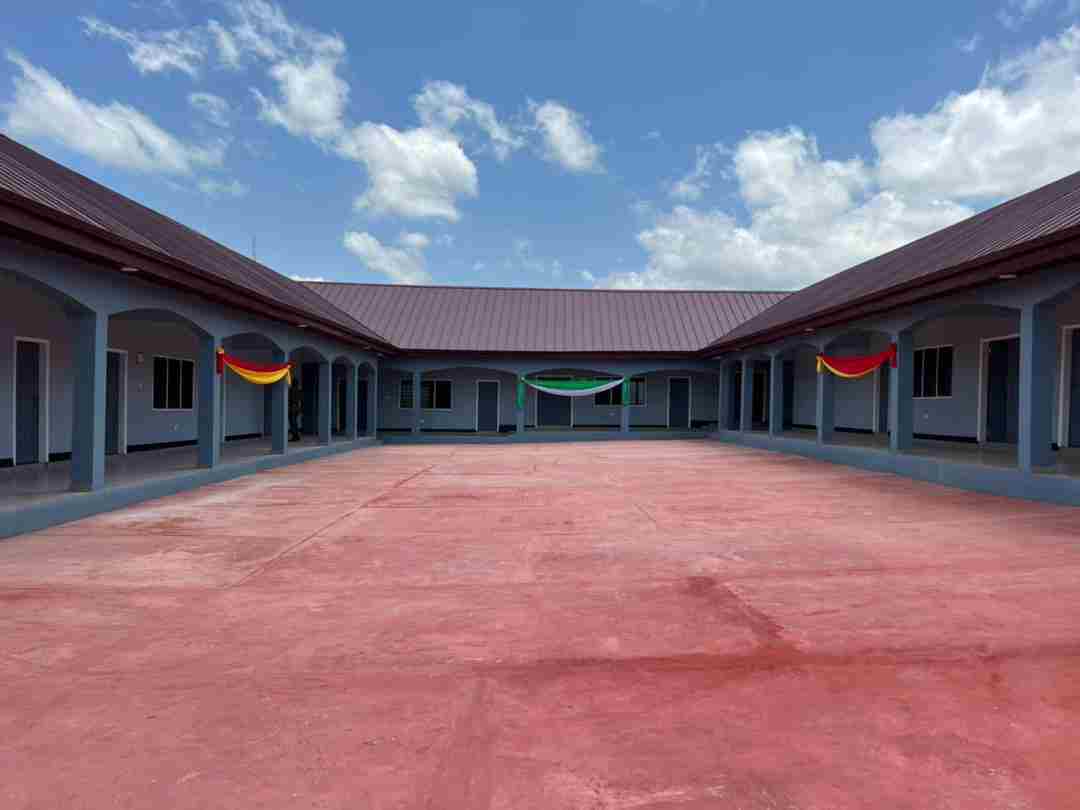 Ghana Army’s (GA) 15 Armoured Brigade (15 Ard Bde) has received a shot in the arm with the construction and commissioning of a 180-bed Accommodation for Young Soldiers of the young but enigmatic 155 Armoured Regiment (155 Ard Regt), based at Damongo, in the Savannah Region.

The Chief of the Army Staff (COAS) of the Ghana Armed Forces (GAF) – Major General (Maj Gen) Thomas Oppong-Peprah, commissioned the accommodation facility and also cut the sod for the construction of a 30-unit accommodation building for Officers, on Thursday 18, August, 2022, at Damongo where he was the Guest-of-Honour.

The West African sub-region, being under pressure from violent extremist (VE) and terrorist groups threatening the security of Ghana, gaps within the deployment of GA units had to be plugged, the Army General said, therefore, the Army HQ took giant steps in closing identified security hiatus, by establishing new Units such as the 155 Ard Bde, 10 and 11 Mechanized Battalions, amongst others.

Indicating the resolve of his Command to improve the working conditions of GA units in the five northern regions, which are under its Northern Command, General Oppong-Peprah said the construction of the 180-bed facility testifies to the unrelenting push by Ghana’s Military High Command (MHC) to ensure the manifest presence of GAF across the nation, under the support and leadership of the Chief of the Defence Staff – Vice Admiral Seth Amoama.

Maj Gen Oppong-Peprah said the MHC continues to put in place policies, plans and programs to provide for and administer its personnel to enhance efficiency, stating that resources have been mobilized from public and private entities, in support of Government’s intervention to improve the living and working conditions of military personnel.

Reminding the troops gathered of an avalanche of positive developments in the GA, citing as an example, the recent commissioning of similar Young Soldiers’ accommodation block at 154 Armoured Regiment, Liberation Barracks, Sunyani, in the Bono Region, the COAS reiterated his pledged to continue to seek the comfort and welfare of All Ranks of his Army.

The decision to construct the 180-bed accommodation complex for 155 Ard Bde, was taken at the fall of April 2022, work commenced in mid-May 2022, and the contractors – Messrs. JKY Ghana Limited, who constructed a kitchen and donated to the Regiment – constructed and completed the edifice for commissioning on August, 2022.

The Armoured Regiment, formed about a year ago from the scratch, under Commanding Officer (CO) – Lieutenant Colonel (Lt Col) Richard Aaron Osei and his able Officers like Major Lambert Ajebaworoni, deployed with a little over 30 soldiers and with brand new equipment, keeps strengthening in manpower and has fortified its area of responsibility exponentially.

The COAS paid tribute to the Yagbon Wura – Sullemana Jakpa Boresa Tuntumba I, the Buipe Wura – Abdullai Jinapor I, the Member of Parliament for Damongo and Minister for Lands and Natural Resources – Samuel Abu Jinapor, the Savannah Regional Minister – Muazu Saeed Jibril and benefactors of 155 Ard Bde, for supporting the Regiment.